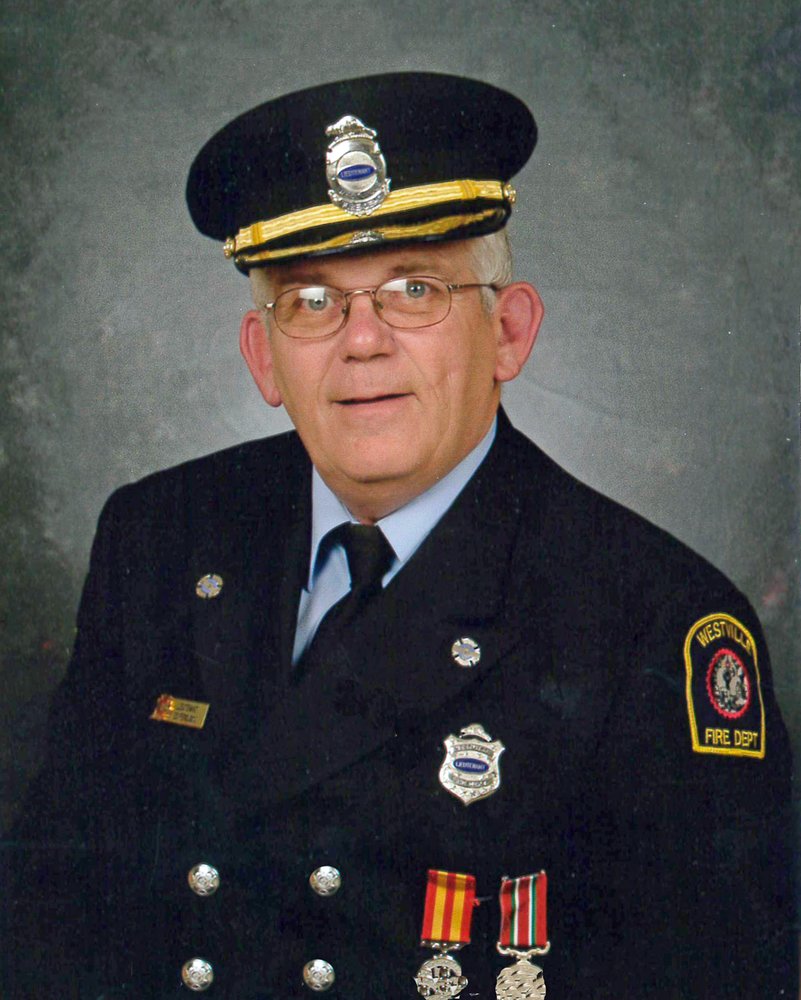 A public funeral service will be held at St. Paul United Church, Westville, on Friday,October 16, at 2 pm, with Rev. Dr. Mary Taylor officiating. Due to Covid restrictions, SEAT RESERVATIONS ARE REQUIRED. PLEASE CALL 902-396-4144 TO RESERVE SEATING OR EMAIL eaglesfuneralhome@ns.sympatico.ca AND LEAVE NAME AND TELEPHONE NUMBER. MASKS WILL ALSO BE MANDATORY

Public visitations will be held on Thursday from 2-4 pm and 7-9 pm at Eagles Funeral Home. MASKS ARE REQUIRED.

Donations in Eddy’s memory can be made to the Palliative Care Unit, Aberdeen Hospital, the Westville Fire Department or a charity of your choice.

Edward Scott Ferguson, 67, passed away peacefully on Sunday, October 11, at the Aberdeen Hospital after a courageous and hard fought battle with cancer.

In 1970, a shy Eddy was introduced to Jane by their friends at a July 1st dance at the old Westville High School. Their love story has lasted 50 years, raising a wonderful family, enjoying many experiences and making unforgettable memories together.

Eddy was a devoted and loyal family man. He was a loving son, husband, father, grampie, brother, uncle, nephew, cousin and friend. Whatever you needed, he would drop everything and be there for you. He was always willing to help others before himself even if it literally meant giving you the shirt off his back.

Eddy worked hard to support his family. He worked first at Michelin and in 1974, went on to work with his father at the Alma Cabinet Shop until 1998. At that time, Eddy continued to operate the business on his own, right up until recently. His craftsmanship was like art, second to none.

Eddy was also dedicated to his community. He once belonged to two fire departments – both Alma and Westville. He continued as a member in Westville for 40 years, holding Lieutenant, Training and Safety Officer positions, retiring this past August.

Besides the fire hall, Eddy spent a great deal of time in the rinks of Nova Scotia, filling the roles of volunteer coach, referee, mentor as well as the biggest fan of his own children and grandsons. In addition, Eddy served on the Westville Police Commission for the last 8 years, a position he found very gratifying.

As recognition for these services to his town, he received the Chuck Facey Outstanding Volunteer Award in 2001, and the Provincial and Westville Volunteer of the Year Awards in 2015.

After a hard day’s work, Eddy could be found fishing with his friends and family, 4 wheeling with his boys or relaxing around a huge campfire with the love of his life Jane, at their happy place, the trailer at Birchwood Campground.

The family would like to send their heartfelt appreciation to the VON, EHS, the nurses and Dr. Craig of the Oncology Department as well as Rhonda Langille and nurses, Dr. Kwasnik of the Palliative Care Unit at the Aberdeen Hospital and Dr. Peter Lee.

The family  received visitors at Eagles Funeral Home on Thursday, October 15, from 2-4 and 7-9 pm.. A public funeral service was held at St. Paul United Church, Westville, on Friday,October 16, at 2 pm, with Rev. Dr. Mary Taylor officiating. His Funeral Service will also be streamed live at https://youtu.be/5Nxbgl8raKY

Burial will be at Church Brook Cemetery, Little Harbour. Family flowers only. Donations in Eddy’s memory can be made to the Palliative Care Unit, Aberdeen Hospital, the Westville Fire Department or a charity of your choice.

Share Your Memory of
Edward
Upload Your Memory View All Memories
Be the first to upload a memory!
Share A Memory