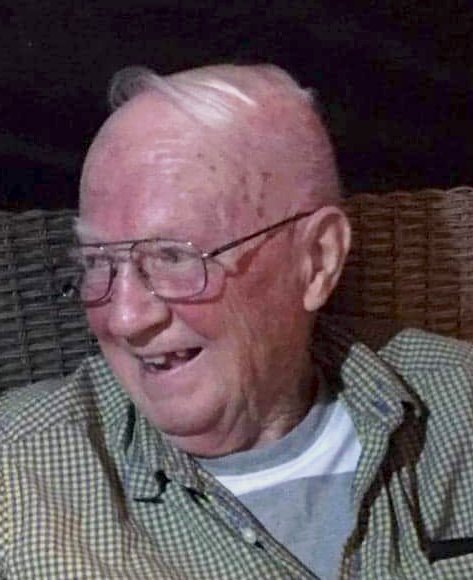 Visiting for Ian will be on Tuesday, August 28 at Eagles Funeral Home, from 2-4 and 7-9PM.

Ian's memorial service will be held on Wednesday, August 29, at 10AM, at Eagles Funeral Chapel.

George "Ian" Marshall, 83 of White Hill passed away on Monday, August 26 in Ivey’s Terrace Nursing Home, with his family by his side.

Ian was born and raised on the family farm in White Hill, Pictou County where he spent most of his working life farming and raising his family. He also lived and worked for several years in Sarnia, Ontario. He was employed at Granton Michelin Tire Plant from 1973-1981 and the Alma Irving 1984-1993. Ian was known for his green thumb and was a pioneer of market gardening in Pictou County in the 1980’s. He was also a long time organist at Middle River Presbyterian Church, Pictou County.

He was predeceased by his parents Carmichael Fraser Marshall and Mary Fraser Evans and his wife of 46 years Dorothy Jill Morgan - West Virginia, USA. In addition, by his sister Jean and husband Charlie Langille, North Bay, ON, brother Bill and his wife Betty (Foote) Marshall, Coalburn, and sister-in-law, Harriet Marshall (Hawboldt), Sylvester.

Special thanks to Ivey’s Terrace Nursing Home, Trenton. Ian was a resident there for 15 months and enjoyed all the cheerful and very caring staff that went above and beyond to take care of Ian. Ruth Campbell was one of Ian’s special companions at Ivey’s, helping him settle in from his first day and also providing him with a constant supply of chocolate!

Visitations were held on Wednesday, August 28 at Eagles Funeral Home, Westville, 2:00-4:00 p.m. and 7:00-9:00 p.m. His funeral service was  held at 10:00 a.m. on Thursday, August 29 at Eagles Funeral Home, Westville with Rev. Charles MacPherson officiating. Interment was in Birch Hill Cemetery. Donations in Ian's memory may be made to Birch Hill Cemetery, Middle River.

Share Your Memory of
Ian
Upload Your Memory View All Memories
Be the first to upload a memory!