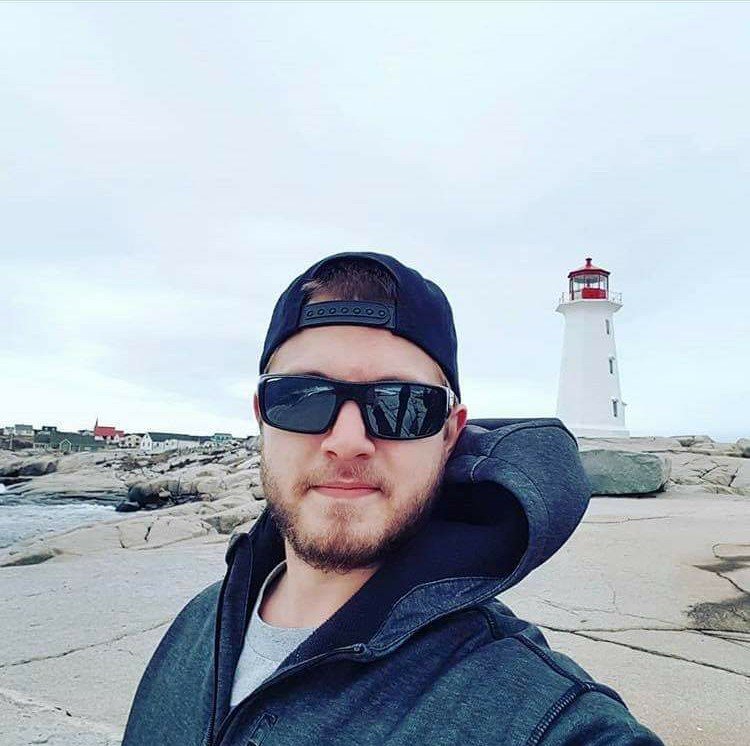 A Celebration of Life will be held on Sunday, Nov. 17 from 2-4 pm at the Durham Church Hall.

It is with sad hearts that we announce the passing of our beautiful boy Jimmy(James William) Cox. He was taken to soon at the age of 28 on Nov.7,2019. He will always be remembered for his sense of humor, energetic spirit and kind heart. You always knew he was in the room as he would have everyone laughing.

Jimmy came into the world on Dec.18,1990 and grew up in Loch Broom Loop. He attended West Pictou then Northumberland where he graduated from in 2009. He then went onto NSCC waterfront where he received his certificate in Architectural Engineering Technician. This was a good choice as he was always interested in Architecture.  He then was employed with Dumac Energy in Bedford, a job he really enjoyed, where he worked until now.

Jimmy loved sports both watching and playing. He could relay all the stats especially in hockey as he was an avid Leafs fan. He also enjoyed chilling with friends of which he had many and was up for anything. He loved his car and going for drives down to Peggys Cove one of his favouite spots. He came home often to spend time with his family who always enjoyed having him.

He is predeceased by his paternal grandfather Jim Cox.

A celebration of life was held for Jimmy at the Durham Church Hall from 2 to 4pm on Sunday, November 17.

Share Your Memory of
James
Upload Your Memory View All Memories
Be the first to upload a memory!