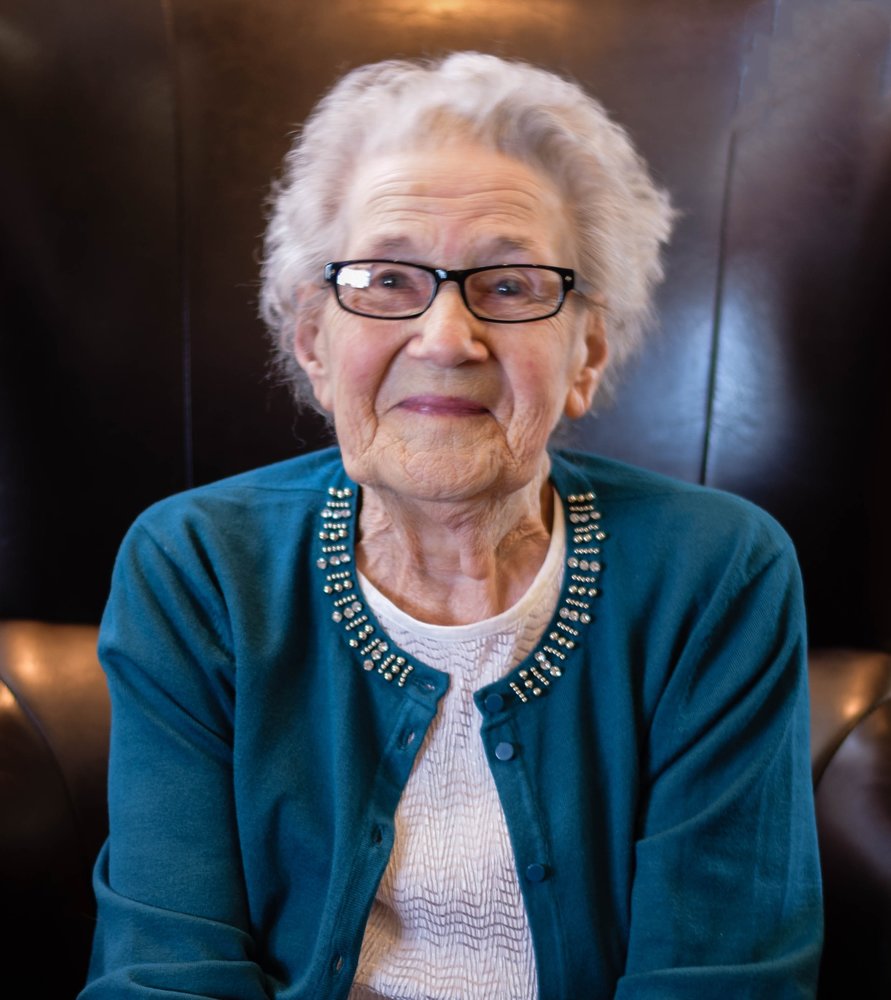 There will be no visitations or funeral service by request.

The death of Doreen Amanda Pembleton, 93 of Stellarton occurred on Saturday, October 31, 2020 in the Aberdeen Hospital with her daughters by her side.

Born in Stellarton, on April 29, 1927, she was a daughter of the late Malcolm and Emma (MacMillan) Brown.

Doreen lived in Stellarton all of her life.  She married her husband Charles in 1948 and together had four loving children.  She was an avid reader and never missed an episode of Coronation Street and always knew the answer to every Jeopardy question. She was a wonderful cook and baker and would never need a recipe for all her delicious treats such as her infamous lemon squares and brown sugar fudge. She loved having visits from her friends and family, especially her grandchildren and her great-grandchildren who always brightened her day. She was eagerly awaiting the arrival of her first great-great grandchild in January. Doreen was a remarkably strong woman and someone who always put everyone else above herself. She had the warmest smile, kindest heart and gave hugs that made you never want to let go.

There will be no visitations or funeral services by request.  Interment will take place in Brookside Cemetery.

Share Your Memory of
Doreen
Upload Your Memory View All Memories
Be the first to upload a memory!
Share A Memory