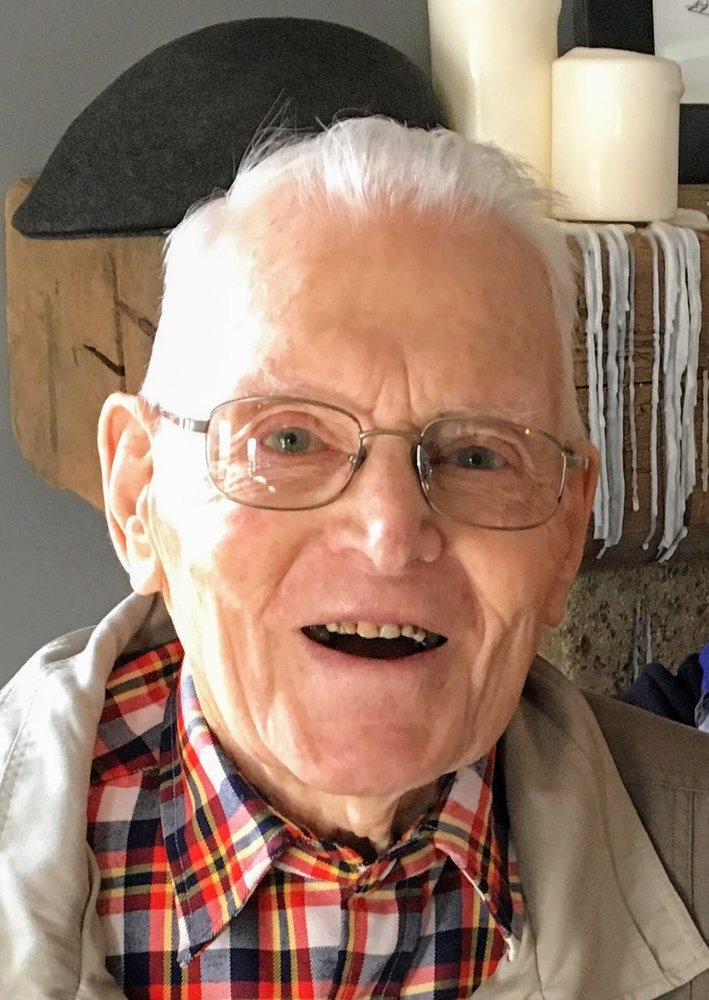 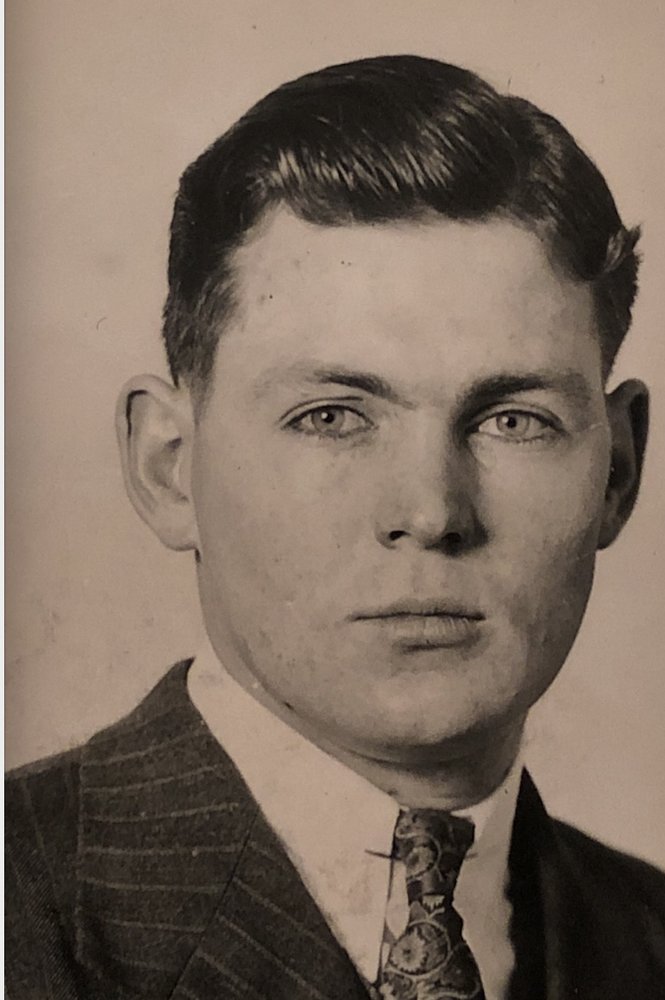 On Dec 15, Archie Fraser peacefully slipped away from us to join the love of his life, Evie. He had been well cared for in Northwood Bedford where he had moved recently to be close to family. At age 99, Archie had lived his life well and full.

Archie will be remembered for a lifetime of kindness and help for family and friends. He was a quiet ethical man with a wicked sense of humor for those who knew him well. He was a repair, rebuild and invent wizard who could fix just about anything. He constructed a snowmobile for fun before snowmobiles were invented. He built an "electric eggbeater" for Evie before mixers were invented. He welded the front of a Chevrolet car to the back of a Pontiac and named it his "Chevrolac".

Archie was born in Alma to parents who owned the general store and post office. He delivered mail in a horse and buggy in the summer and horse and sleigh in winter. During WW2, he built guns for the Royal Navy at Trenton Industries. For many years Archie was the Service manager at Spencer Motors in New Glasgow. When it closed, he worked until retirement as a heavy-duty equipment mechanic at Scott Maritimes Pulp Ltd.

We, Archie’s family, wish to thank Linda Freeman and Alan Caldwell of High Crest Place New Glasgow for providing a warm caring home for Dad, the Aberdeen hospital team, and the terrific staff at Northwoodcare, Bedford.

Archie has been laid to rest in Heatherdale Memorial Gardens, Westville.

Share Your Memory of
Archie
Upload Your Memory View All Memories
Be the first to upload a memory!
Share A Memory