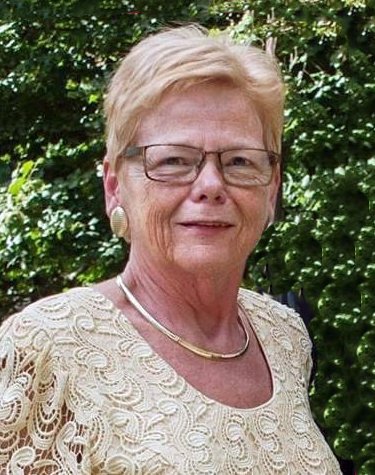 Due to Provincial Covid Regulations there will be no visitations.

The funeral service will be held 2 o’clock Monday from Eagles Funeral Chapel, Westville with Rev. Gail Johnson-Murdock officiating. To attend the funeral, registrations is required. To reserve seating, please call 902-396-4144. The funeral will also be streamed live on this website. https://youtu.be/2wAKPZy7ZLo

Please share a memory of Sandra to include in a keepsake book for family and friends.
View Tribute Book

With broken hearts we announce the peaceful passing of Sandra Pearl (Hale) MacDonald, Westville, on Jan 27 in the Palliative Care Unit of the Aberdeen Hospital with her husband Reg, the love of her life and best friend at her side.

Sandra was born July 6th, 1959, the only daughter of Elmer and Marion (Porter) Hale.

Sandra was raised in Westville and spent the majority of her life there. She graduated from WHS where she was very active in the girls’ volleyball team, helping them to win provincials. Sandra became a Master hairstylist after graduation and worked in several shops before opening her own business in New Glasgow, and later in her home. She maintained a large and faithful clientele for almost 40 years until her illness became more aggressive.

Sandra and Reg’s paths crossed as teens and then again years later when fate stepped in and brought two hearts together as one. Even in death that bond endures. Sandra became mother and friend to Reg’s three children and Gramma to their beloved grandson. It was a role she took on with total love and dedication. From the start they were "our kids".

Sandra had many interests and hobbies. She was an avid crafter of ceramics, tole painting, cross stitch, crocheting and knitting. She loved camping, concerts, dancing, shopping trips, 4 wheeling, volunteer work with Br 28 RCL, travel and her beloved shih tzus, Sasha, Sheena, Kelsie and Chloe. Sandra loved to play darts. She belonged to the Tuesday Night Mixed Dart League Stellarton for over 30 years and held the positions of President and Treasurer for many years. She cherished the many deep, lasting friendships she made with her teammates and their counterparts from Sydney Mines.

Sandra had a special place in her heart for her nephews and nieces. She cherished her status of loving Aunty. She traveled across Canada to wherever brother Allan and his family were stationed to keep that bond strong, and was always overjoyed when they all made it back to Ma’s for their summer vacations and July 1st celebrations. Sandra had a kind heart, the size of which was only exceeded by her generosity, her beautiful spirit and her love of life. She will be missed by so many, and those who knew her will never forget her.

Sandra was predeceased by her parents, Elmer and Marion Hale, who we are sure were waiting with open arms to welcome her home; her Aunt Lucy Harmon and cousin Debbie Harmon; brothers in law Giles and Joseph MacDonald.

Due to Provincial Covid Regulations there will be no visitations. Her funeral service will be held 2 o’clock Monday from Eagles Funeral Chapel, Westville with Rev. Gail Johnson-Murdock officiating. To attend the funeral, registrations is required. To reserve seating, please call 902-396-4144. The funeral will also be streamed live on this website at:

Share Your Memory of
Sandra
Upload Your Memory View All Memories
Be the first to upload a memory!
Share A Memory