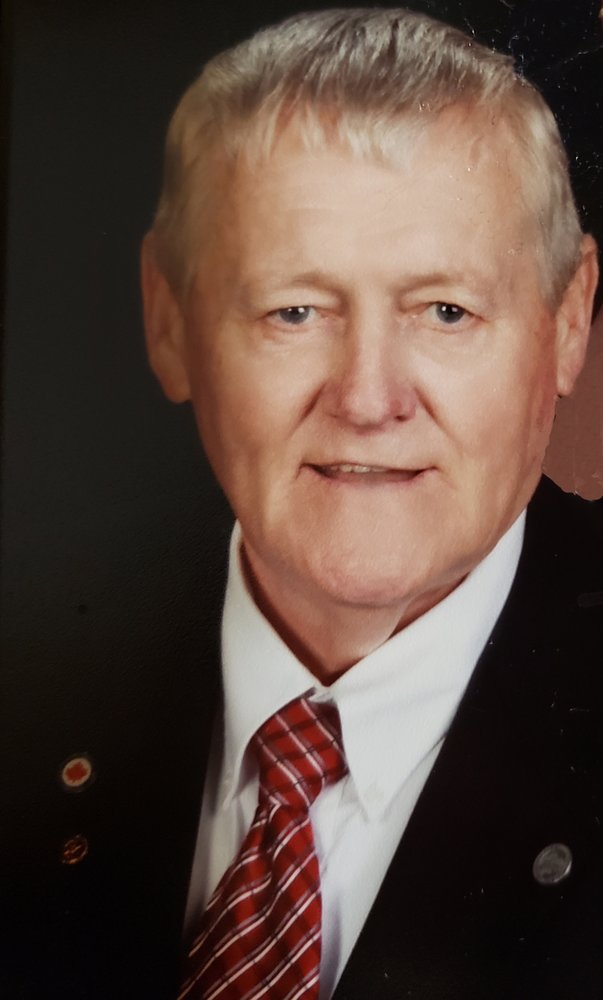 Due to Covid restrictions there will be no visitation.

His funeral service will be held Wednesday at 2 o’clock from St. Andrews Presbyterian Church, Westville with Rev.Gail Johnson-Murdock officiating. Due to Covid restrictions, SEAT RESERVATIONS ARE REQUIRED. PLEASE CALL 902-396-4144 FOR SEATING. MASKS ARE ALSO REQUIRED.

Donations can be made, in Raymond's memory, to St. Andrew’s Presbyterian Church, Church Street, Westville, N.S. or to a charity of your choice

It is with broken hearts that we announce the passing of Raymond George Cameron on January 31, 2021 at Glen Haven Manor.  He was a resident for the past four months.  Formally of Westville, Raymond was the third son of the late Harold and Breta (Murphy) Cameron, of Westville. He was born October, 28, 1942 (78).

Ray was a cherished member of St. Andrew's Presbyterian Church, Westville.  He was a member of The Session, The Men’s Club, the choir and served on The Board of Managers.  He also led many enjoyable potlucks at St Andrew’s.

He was a proud member of The Westville Rotary Club for many years, until his health would not allow him to support the group in the way he wanted.  He was honored to be chosen Volunteer of the Year for Westville in 2008.  Ray was instrumental in the development of the new Acadia Park.

He was a valued member of the community.  In his day, he was involved in everything going.  He drove for Acadian Bus Lines for many years. Telling everyone, in later years, that he had more miles going backward than they had going forward.

He served as the 1st Training Officer for the Westville Fire Department.  He also served on The Westville Town Council and all town committees and was the Deputy Mayor of Westville.

He owned and operated Big Red’s Restaurant, in Westville, for many years.  He was, affectionately, known to many people as “Big Red”.  He also served on the Westville, New Glasgow, Stellarton and Trenton police forces.

He was in and out of many corner stores, restaurants and arcades throughout the Maritimes while working for Central Amusement.

He ended his working years as a member of the Commissionaires Corp of Canada.  Spending several years in security at the Aberdeen Hospital.  He loved people and always had a friendly smile and cheery hello for everyone he met.  Very often a joke wasn’t far behind.  He never hesitated to help anyone.

Donations can be made, in Raymond's memory, to St. Andrew’s Presbyterian Church, Church Street, Westville, N.S. or to a charity of your choice.

A wise man once said, the kindness shown to your neighbour is the rent you pay for your space on this earth.  If so, Raymond’s rent is paid in full, many times over.

Later Daddio, your girls will miss you forever!

Share Your Memory of
Raymond
Upload Your Memory View All Memories
Be the first to upload a memory!
Share A Memory