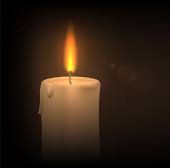 Please share a memory of Donald to include in a keepsake book for family and friends.
View Tribute Book

Born in New Glasgow on August 15, 1946, he was a son of late Donald "Red" Reekie and Jessie MacPherson.

Donald grew up in Stellarton and as a young man moved to Ontario where he worked for over 30 years. Upon retirement, he returned to his hometown enjoying sport fishing as his hobby.

He is survived by his sister Marlene Ince, New Glasgow and several nieces and nephews.

He was predeceased besides his parents by his wife Hilda Conn and several sisters and brothers.

There will be no visitations or service by his request. Interment will take place with his father at Brookside Cemetery, New Glasgow. Condolences can be left on this website or mailed to Marlene Ince , 253 Abercrombie Road, New Glasgow, NS. B2H 1K7

Share Your Memory of
Donald
Upload Your Memory View All Memories
Be the first to upload a memory!
Share A Memory