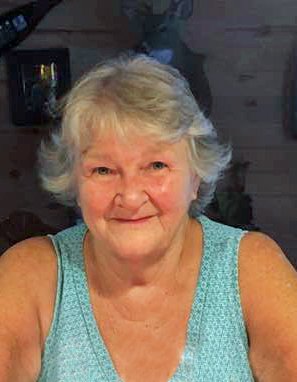 It is with great sadness that we announce the passing of Sandra (Sandy) Jessie Macdonald, 79, Stellarton, April 21, 2021. Sandy passed in the Palliative Care Unit of the Aberdeen Regional Hospital with her family by her side after a brief battle with cancer.

A long term resident of Stellarton, Sandy was a retired employee of Glen Haven Manor, known to her family as Gramma (Mammy). She was a strong, independent and caring individual who found joy in her family, reading, crossword puzzles and Coronation Street. She cherished her time spent with her children, grand children and great grand children spending many days teaching them to cook, bake, play crib and travelling the world by their side. She was a strong support system to everyone in her family. When not in her family home in Stellarton, Sandy spent her days in Alabama with her son, daughter-in-law, and grandchildren, enjoying the farm and lake. She will be dearly missed by all and her memories will be forever treasured.

At her request there will be no funeral service or visitation.

Share Your Memory of
Sandra
Upload Your Memory View All Memories
Be the first to upload a memory!
Share A Memory