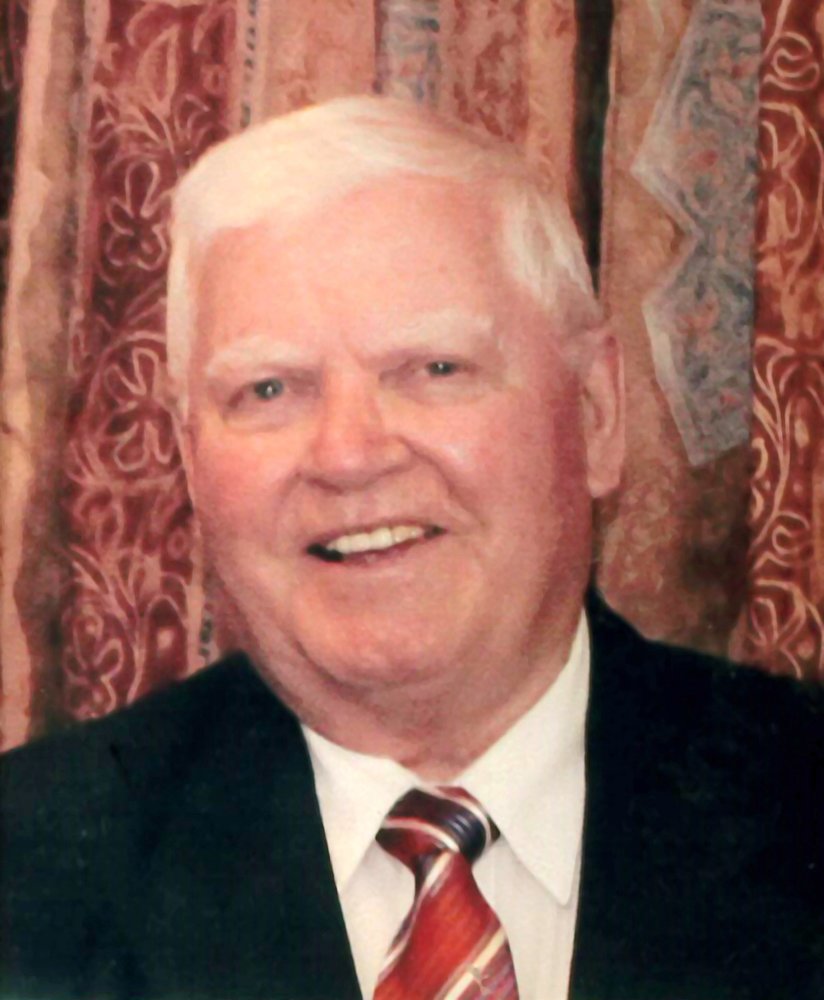 Due to N.S. Covid Rules a private funeral service will take place.

Donations can be made to Our Lady of Lourdes Cemetery Fund, Stellarton, NS, or a charity of your choice.

Harold G. Lowe of Westville Road, passed away July 19, 2021 at the Aberdeen Hospital with his family by his side.

Born in New Glasgow January 2, 1933, he was the eldest son of the late John Harold and Margaret A (Martin) Lowe.

He completed a drafting, blue printing and masonry course in North Sydney in 1949 and spent the next several years plastering in Halifax.  In 1953, he joined the Canadian Army, serving in Korea with the 2nd Battalion Black Watch and Canada.  Harold attended Civil Defence College in Arnprior, Ontario and the School of Engineering in British Columba.  He was an instructor in Eastern Command on A.B.C. Warfare and Civil Defence.  In 1960, he joined Weir Plastering Company Halifax.  Harold served as campaign manager for the Young Liberals of N.S. 1967-70.   After seventeen years absence, he moved back to Pictou County to become a partner with his brother, Al in the opening of a new car dealership.  He worked at six dealerships in all before retiring.  Harold served five years as vice-chairman on the Pictou District School Board, and always having a keen interest in politics, became a Liberal candidate in the 1981 election for Pictou East.  In retirement, he enjoyed reading, watching sports, especially the Blue Jays, politics, history and old movies and his weekly egg mcmuffins and coffee at A&W where he would meet old friends.

Besides his parents, he was predeceased by brothers-in-law, Donald MacDonald and Harold Mattie.

The family would like to give special thanks to Dr. Aaron Smith, Dr. Kokkiligadda, ICU Aberdeen and QEII, 4th Floor Aberdeen Staff, Palliative Care, VON’s, for their compassionate care to Harold.

Due to Covid Restrictions, a Memorial Service will be held at Eagles Funeral Home, Westville for family and invited guests only  with Father Barrett Clare-Johnson officiating.  Interment will be in Our Lady of Lourdes Cemetery.

Donations can be made to Our Lady of Lourdes Cemetery Fund, Stellarton, The Heart and Stroke Foundation, or a charity of your choice.

Share Your Memory of
Harold
Upload Your Memory View All Memories
Be the first to upload a memory!
Share A Memory