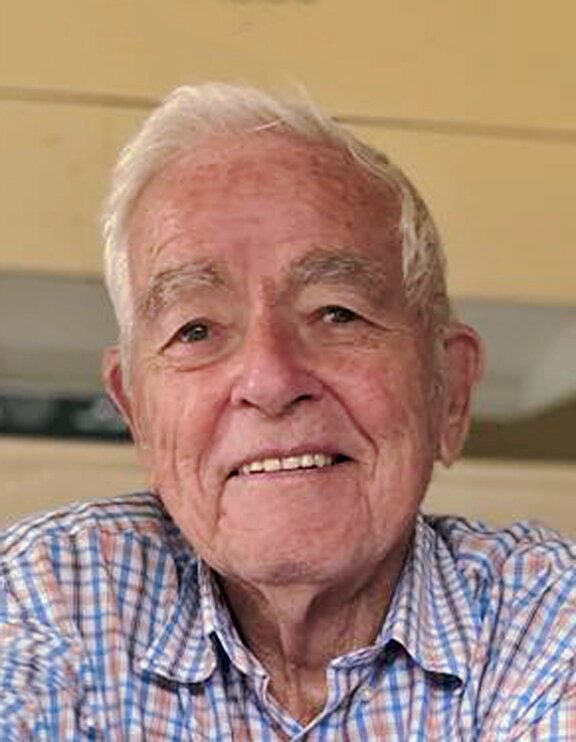 John "Jack" G.R. Oliver passed away peacefully surrounded by his loving family November 19th, 2021 in the Palliative Care Unit at the age of 88.

Jack was born at home in Westville on December 12th, 1932 to his parents Henry and Winnifred Oliver. He is predeceased by one brother and four sisters, (Robert, Edith, Marjorie, Janie, and Mary) and is survived by his brother Percy Oliver and sister Faith Peckham. As a teenager he worked in the coal mines until he enlisted in the Army in 1951, where he was stationed in Germany with the Northern Highlanders 27th Brigade. After his return he began work at Scotsburn Creamery, where he became manager and retired after 30 years.

In 1953 he married the love of his life Vivian Fleming, during which time they had 3 children; Evelyn (Allie), John (Debbie), and Roger (Shawna). He had 11 grandchildren; Jason, Robbie, Colin, Clarie, Steven, Jackie, Matthew, Kyle, Jacob, and Sam. He had 12 great grandchildren, and 2 great-great grandchildren. All of whom lovingly called him “Grampie Bud”. Jack and Vivian were married for 67 years and spent their life together in the Asphalt of Stellarton.

His greatest love was his family. He enjoyed numerous fishing and hunting trips, especially to Newfoundland with his sons. In his younger years he pitched for the Westville Miners and continued his love for baseball as a devoted Toronto Blue Jays fan. He was a member of the Stellarton Legion, Branch #28, where he enjoyed darts and crib tournaments.

He was an outstanding man who was loved and well respected by anyone who knew him. The family would like to give special thanks to his grandson Jason Wadden for all his tremendous care and love, and his baby girl and Angel, granddaughter, Jackie Oliver. The family would also like to thank the Palliative Care team for all their incredible work, family friends Myrna Jordan and Kathy Spears, and to all the many neighbors and friends throughout the years.

In keeping with Jack’s wishes, the family will be celebrating his life privately.

In lieu of flowers, a donation can be made to the Palliative Care Unit at the Aberdeen Hospital or to the Pictou County SPCA.