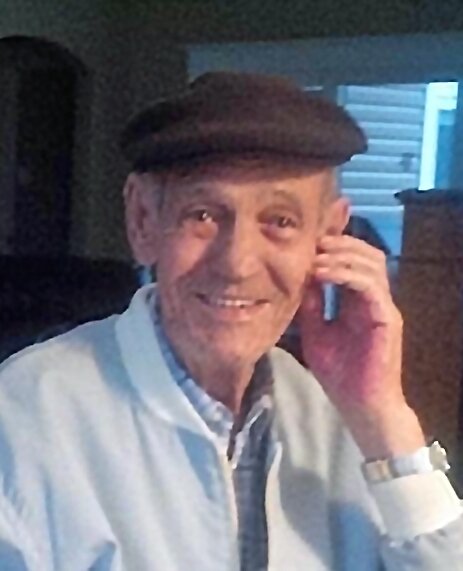 It is with great sadness to announce the passing of Jules Benjamin Sibilde on Monday December 20, 2021.

He was a resident of Lorne for the past 32 years.  Born in New Waterford on January 24,1931 to Victor and Simone Sibilde, Benny, as he was known to all, spent his childhood in Charleroi Belgium. Growing up as a child in Nazi occupied Belgium during World War II shaped the character that Benny would portray later as an adult. He was  a tough and opinionated hard worker who never backed down…a trait that followed him to the end.

As a young 20 year old, Benny came back to Canada and resided in Montreal then moved to Pictou County.  Benny worked for Cooke’s Transport and as a driver for Pictou County Bus Services but joined the Canadian Army in the mid 1950’s as a signals operator.  In the early 1960’s Benny was part of the United Nations Peacekeeping Force sent to the Congo.  His radio skills plus his Belgian upbringing, being fluent in Belgium French, enabled him to contribute to this important operation.  Upon his return to Nova Scotia he left the Canadian Army and opened up Pictou County TV Repair working on jobs at his shop in the North End of New Glasgow or making house calls thru out the county.  In 1968 he started teaching electronic repair as an evening course  at the Pictou County Vocational School, then started teaching electronic repair full time at the former Park St. School in Stellarton.  Soon he was hired to instruct at the Vocational School in Halifax.  A job he held until his retirement in 1991.

Benny was skilled in many trades. Taking after his father, who was lead carpenter for Foord Construction, Benny constructed many homes in the Stellarton-New Glasgow area, looking after the carpentry, plumbing and electrical himself…a real life “Jack of all Trades”.  He built his current home at the age of 60 in Lorne.

Being busy he still found time for golfing, hunting and fishing plus shooting skeet at the club in Riverton plus was member of the City Club and Royal Canadian Legion Branch 28 Stellarton.

Besides his parents he was predeceased by brothers Remi and Eddie and a grandson.

In keeping with Benny's wishes there will be no visitation or family service. Donations can be made to The Real Canadian Recreation Society  a registered non-profit society created exclusively for Canadian Armed Force veterans. This society was born out of necessity to facilitate further rehabilitation and building of life skills for veterans on their road to mental and physical recovery. The facility is located in Lorne, NS.

Share Your Memory of
Benny
Upload Your Memory View All Memories
Be the first to upload a memory!