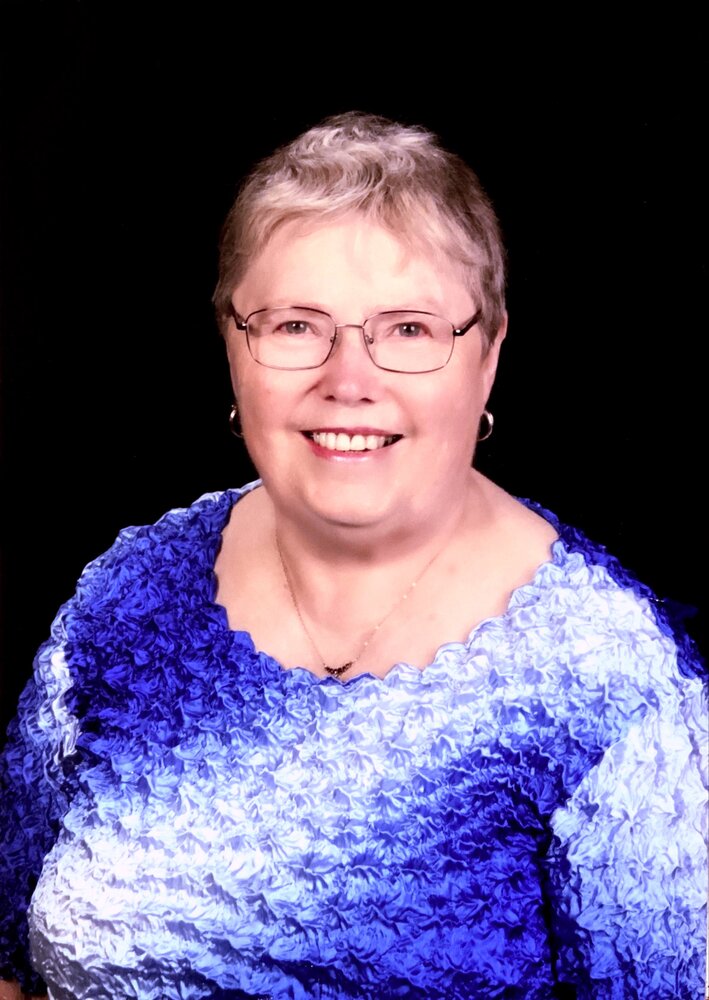 Her funeral service will be held 2 o'clock Sunday, June 26 from St. Andrews Presbyterian Church Westville. (Masks are encourged) with a reception to follow.

With tremendous sadness, we announce the passing of Diane Roseval Hayman - loving and devoted wife, sister, mother and grandmother - on December 26, 2021. Diane spent her final day in the palliative care ward of the Aberdeen Hospital surrounded by her husband, sister, children and grandchildren.

Diane was predeceased by her parents and parents-in-law, Henry and Jenny Hayman.

Diane was a kind and generous soul who loved others unconditionally. She made friends wherever she went. She never forgot a face, name, connection or achievement. Her phone never stopped ringing, and she was an encyclopedia for people in town, church and OES. She had so many dear and cherished friends and remained loyal to those she made in childhood and throughout her life.  She was particularly close to her graduating high school class, the retired teachers, and members of OES and St. Andrew's.

For over three decades, Diane and Alfred opened their home and hearts to many exchange students from around the world. These relationships remain cherished today and include return visits and travel abroad. Diane loved to travel with her life companion, Alfred, to visit friends, family, and exchange daughters. They visited Belgium, the Netherlands, Scotland, England, Germany, France, Spain, Sweden, and the United States, Canada, and Mexico.

Diane was an educator and touched the lives of many students since beginning her teaching career in 1960. She taught at East Pictou Rural High and in Westville at Church Street School, Chelsea School, Victoria School and then at Walter Duggan Consolidated until her retirement in 1997. She never forgot her students and always loved hearing their news and knowing how they were doing.

Service to others was a guiding principle in Diane's life, and her commitment to community, church and the Order of the Eastern Star was second to none. She was a member of countless community organizations over the years. Diane was a charter member of the Dunvegan Girl's Pipes and Drums beginning as a young girl. She was a Westville town councillor in the 80s and was active in the Pictou East Progressive Conservative Party of Nova Scotia for decades. She served St. Andrew's Presbyterian Church in many capacities, most recently as an elder (2007-2021).  Another passion of hers was singing, and she sang in many choirs, including St. Andrew's Presbyterian Church and many weddings.

Over the years, Diane has received extraordinary medical care both outside and inside their home on Drummond Road. The family would like to extend special thanks to the medical teams at Dr. Rivera's Office, the QEII Hospital in Halifax, Westville Lawton's Pharmacy, the VON, Healthstone Home Care, and the Aberdeen Hospital, especially the ICU and Palliative Care Units.

Her funeral  willl be held 2 o'clock Sunday, June 26 from St. Andrews Presbyterian Church Westville. (Masks are encourged) with a reception to follow.  The service will be streamed and can be watched at the Facebook Page: Diane Hayman

In lieu of flowers, donations can be made in her memory to the ESTARL Award (more information can be found at   https://nspeioes.weebly.com), St. Andrew's Presbyterian Church, Westville, the Lung Association of Nova Scotia, the Canadian Cancer Society or the Heart and Stroke Foundation of Nova Scotia.

Let us conclude with Diane's motto: "Serve with love and a song in your hearts; and live in harmony with one another."

Share Your Memory of
Diane
Upload Your Memory View All Memories
Be the first to upload a memory!
Share A Memory