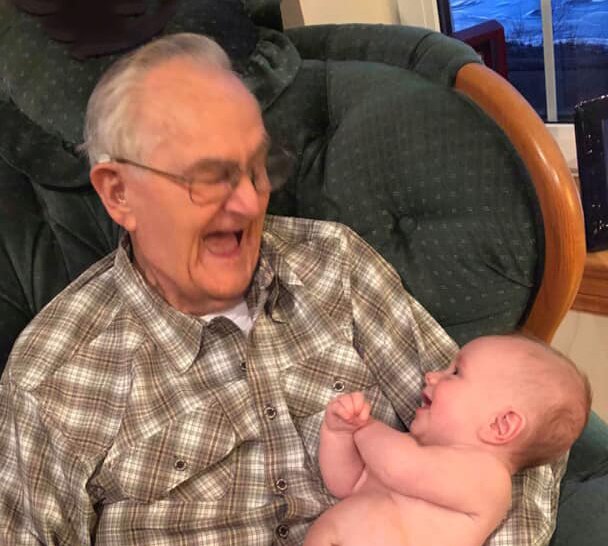 In lieu of flowers, Harold requested that memorial donations be made to the IWK Foundation.

With heavy hearts, we announce the passing of Harold Gordon Livingstone of Ayton, Ontario, formerly of Pictou County, on Monday, January 3, 2022.  Born in Westville, he was the son of the late Dan and Emma Livingstone.

Harold is survived by his loving children, Gordon (Susan), Middle Sackville, Lillian (Jason), Trenton, and their mother Jackaleen Logan, Stellarton.  He is also survived by his wife Irene Ash-Livingstone and stepson Chris Ash, of Ayton, Ontario.  Harold leaves behind his cherished grandchildren, Katie, Alex, Logan, Meaghan, Brittany (D.J.) and Dylan, and his great-grandson Zander.  Also mourning his passing are his brothers, Bobby, Toronto, Ontario; Richard (Bonnie), Westville; Kenny and Wayne, both of Trenton; and many nieces and nephews.  Besides his parents, Harold was predeceased by brothers Jimmy, Dunc, Reggie, and John Garfield, sister Sharon McSween and her husband Dave, sister Marilyn, and sisters-in-law Gloria Medland and Eva Livingstone.

Harold loved all of his family and was especially proud of being a grandfather and great-grandfather.  He made friends wherever he went, and would often tell them about his family.  His smile, his laugh and his quick wit will be missed by all who knew him.  Harold held a variety of jobs throughout his career, including being a driver for the Toronto Transit Commission and for Scotsburn Dairies, and was a popular baseball umpire in Pictou County. Harold served his community and held executive positions with several Lodge organizations, including the Odd Fellows and Rebekah Lodge. Harold was an avid fan of the Toronto Maple Leafs and the Toronto Blue Jays.

In lieu of flowers, Harold requested that memorial donations be made to the IWK Foundation.

Share Your Memory of
Harold
Upload Your Memory View All Memories
Be the first to upload a memory!
Share A Memory