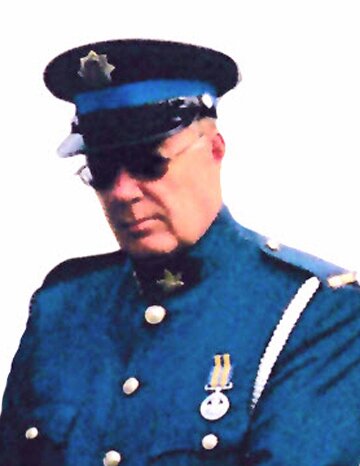 It is with great sadness that we announce the passing of George Wayne Pembleton.  Born in New Glasgow, Wayne was the son of Charles and Doreen Pembleton. Wayne passed away on March 22nd at the Aberdeen Hospital with his wife of 39 years and family by his side.

Wayne was an MP in the Air Force for 10 years then became a police officer for another 35 years. Wayne was a man of few words, but was a great husband, father and grand father. Wayne's greatest passion was spending time at the camp with his grandfather and best friend Alan Fulton. Wayne was very well liked by all who knew him. He loved to hunt and fish as well as spend time with his favorite dog, Stanley.

Wayne was predeceased by his mother and father, sister Debbie and granddaughter Frances Ann.

We would like to thank the staff of the Valley View Villa and Dr. Elliott, and a special thank you to Sue MacIntosh and Heather Carrigan, and the staff of the Aberdeen Emergency Room.
Wayne will be truly missed.

No service or visitation by Wayne's request. Donations may be made to the Heart and Stroke Foundation, SPCA or a charity of your choice.

Share Your Memory of
Wayne
Upload Your Memory View All Memories
Be the first to upload a memory!
Share A Memory