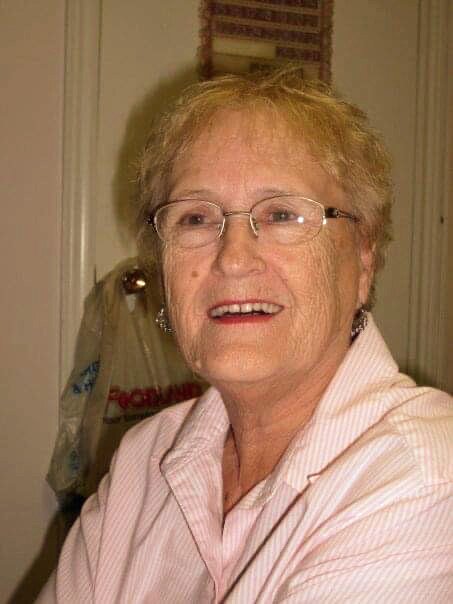 It is with deep sorrow that we the family announce the passing of our loving mother, grandmother, great grandmother, sister, aunt, and friend, Ella Fahey Mayeu, age 87, of Westville. She died peacefully at the Aberdeen Hospital, New Glasgow, with her loving family by her side on April 9, 2022.

Born and raised in Sydney Mines, Ella was the daughter of the late Patrick and Muriel (Jessome) Fahey.

Ella took nurses training at the San in Kentville. Over the years she lived in Oromocto, N.B., Germany, Louisdale, New Glasgow and Westville. While living in New Glasgow Ella met the love of her life Andre Mayeu and moved to Montreal, where she lived for over 25 years. Upon the death of her husband Andre in 2004, Ella returned home to Cape Breton and lived in Glace Bay for a few years. She eventually moved to Westville, NS to be close to her children Muriel & Kenny.

During the years Ella worked as a nurse, a Manager at Woolworths in Port Hawkesbury, and a Manager for K-Mart in Oromocto and New Glasgow. Ella was an expert Marksmen and won many awards for it; something she was very proud of. She loved curling, sewing, gardening, and making wine. She really loved spending time at her summer home in St. Jovite, Quebec.

At this time, no public services are planned. A graveside service will take place at a later date.

In lieu of flowers, donations in Ella's memory may be made to Muscular Dystrophy Canada, Heart & Stroke Foundation of Canada, or a charity of your choice.

Share Your Memory of
Ella
Upload Your Memory View All Memories
Be the first to upload a memory!
Share A Memory