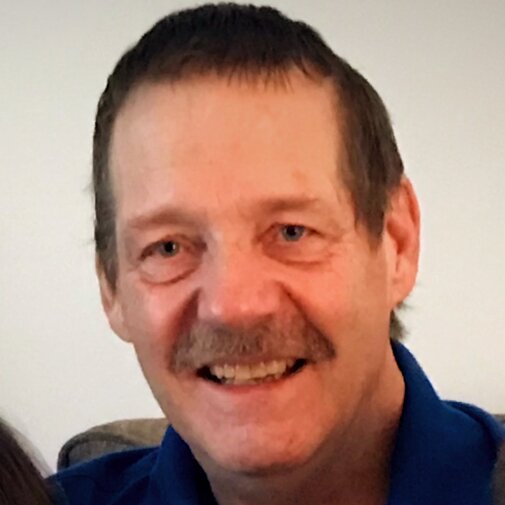 A public graveside service for Gerald was held at Heatherdale Memorial Gardens, Sylvester.

It is with warm memories and broken hearts that we announce the passing of Gerald Ian Marshall, husband, father, grandfather, brother and friend who died in Abbotsford Regional Hospital, BC, on Tuesday, March 15, 2022, with loved ones by his side.

Gerald was born in New Glasgow, NS, on December 23, 1955 to parents Vernon Marshall and Doreen (Robson Marshall) MacKenzie and grew up in Westville, NS.

Throughout his life, he loved both music and sports. He played rugby in high school and later, baseball in community leagues, and was an avid fan of Thursday night Crushers hockey games. In his youth, Gerald sang in the Words of Life Chorus (directed by his mother) and later joined Stellarton/Westville Air Cadets where he spent seven years, becoming warrant officer as well as lead drummer in the marching band.

Air Cadets was also where Gerald met his soul-mate and future wife, Linda (Elchuck), with whom he shared 44 happy years of marriage. He will be dearly missed by their daughters Heather Marshall and Geri Marshall (Abe Mottaghian), granddaughters Dehva, Camille and Elise Mottaghian who were the apple of his eye; his brother Byron Marshall, sister Ann (Dave) Holmes, brother-in law Larry (Lesley) Elchuck, and many nieces and nephews. He was preceded in death by his parents and brother Norman Marshall.

Gerald was an electrician by trade and showed his strong, skilled work ethic during his 38 year career at Michelin Tire (Granton). A natural problem-solver, he loved nothing more than a hands-on DIY project and looked forward to those quiet moments of puttering in his garage at home and at the family cottage in Toney River. He learned early in life to appreciate long walks in the woods, especially when accompanied by his father, uncles and brothers.

To his loved ones, Gerald personified a calm and reassuring presence, always thinking of others before himself. A true family man, he enjoyed many fun summers at the cottage where BBQ’s, bonfires and lively card games lasted long into the evening. He loved family trips near and far, eventually moving with Linda from Durham, NS, in 2019 to a new home in Chilliwack, BC, to spend more time with his children and grandchildren. Gerald leaves us with a legacy of a life well lived that we will cherish in our hearts forever.

A public graveside service for Gerald will be held at 1 o'clock on Friday, July 15 at Heatherdale Memorial Gardens, Sylvester. There will also be a Celebration of Life (Drop In) on Sunday, July 17 from 1-5 pm at the family cottage, 16 Elliott Lane, Toney River.

Share Your Memory of
Gerald
Upload Your Memory View All Memories
Be the first to upload a memory!
Share A Memory