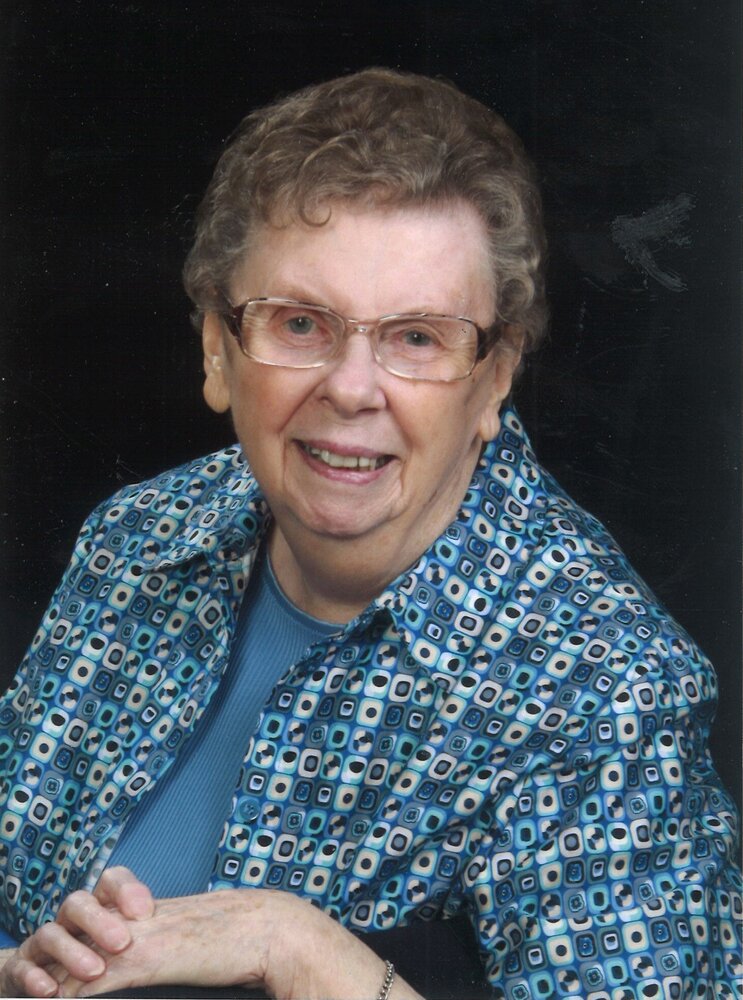 Visitations will be held Wednesday, July 27, from 6-8 p.m. from Eagles Funeral Home.

Her funeral will be held Thursday, July 28, at 11 a.m. from Eagles Funeral Chapel, with Rev. Dr. Mary Taylor officiating.  Interment will be in the Auburn Cemetery, Westville.

Flowers will be accepted. Donations may be made to St. Paul’s United Church, Westville.

Isabel Elizabeth Richardson, age 96, of Westville, passed away peacefully on June 15th, at the Glen Haven Manor, New Glasgow.
Isabel was born on September 4th, 1925, at the Hector Carr house, on Church Street, in Westville, Nova Scotia. The eldest of four siblings, she was the daughter of Roderick McDougald Richardson, P.Eng. and Elizabeth Allen, who taught school in Westville.
The Richardson family are descended from coal miners who came from Northumberland County, England, in the 1860s. Her great grandfather was Joseph Richardson, underground manager of the Drummond Colliery, in 1873. Her grandfather was Matthew Chapman Richardson, manager of the Drummond bankhead. After serving with the 85th Battalion (Nova Scotia Highlanders) at Vimy Ridge and recovering from wounds, her father, Roderick, became an electrical engineer and worked for the Northern Electric Company. Throughout the depression and WW II, the family moved from Montreal, to Ottawa and then to St. John, New Brunswick, with the phone company.
Isabel was a spinster and she taught stenography at a business college in Moncton, New Brunswick, for many years. Following her retirement, she returned to live in Westville with her mother and her younger sister, Jane, at their house on North Street. They later moved to the corner of Cowan and Main Streets, having purchased the Joe Wright house.
Isabel and Jane were active in St Paul’s United Church, Westville. Isabel enjoyed teaching ceramics, collecting stamps, researching family history and the history of Pictou County.
Isabel was predeceased by her brother, Joseph Matthew Richardson P.Eng., of Calgary, Alberta and her sister, Jane Ackley Richardson, of Westville, Nova Scotia.
She is survived by her sister, Dr. Anne Burns Richardson
Lawson, of Bedford, Nova Scotia, various nieces and nephews.
Visitations will be held Wednesday, July 27, from 6-8 p.m. from Eagles Funeral Home from where her funeral will be held Thursday, July 28, at 11 a.m. with Rev. Dr. Mary Taylor officiating.  Interment will be in the Auburn Cemetery, Westville.  Donations may be made to St. Paul’s United Church, Westville.

Share Your Memory of
Isabel
Upload Your Memory View All Memories
Be the first to upload a memory!
Share A Memory