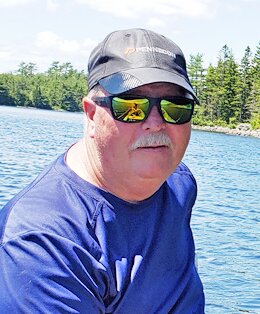 It is with great sadness we announce the death of Gerard Conway, 68, of Westville who passed away on Sunday, July 17, 2022, in the Aberdeen Hospital.

Born in Newfoundland on December 17, 1953, he was a son of the late William and Annie (Renouf)  Conway.

Gerard was an avid fishermen and hunter. You could always find him out in the woods with his fishing and hunting buddies having a good time, making sure he caught the biggest fish. Gerard had a great sense of humor and made everyone he encountered laugh. He was very quick witted; you could always count on his quirky comments. He was always the first person to drop what he was doing to lend someone a hand, not just family and friends, but strangers too. He also made the best smoked salmon in Pictou County.

He was predeceased by his parents and father-in-law Ben Brown.

A heartfelt thank you goes out to the Nurses and staff on the Fourth floor and on Palliative care at the Aberdeen Hospital. We don’t know how you do the job you do but having all your support has been a blessing.

Any donation on Gerard’s behalf can be made to the Palliative Care unit the Aberdeen Hospital.

Share Your Memory of
Gerard
Upload Your Memory View All Memories
Be the first to upload a memory!
Share A Memory