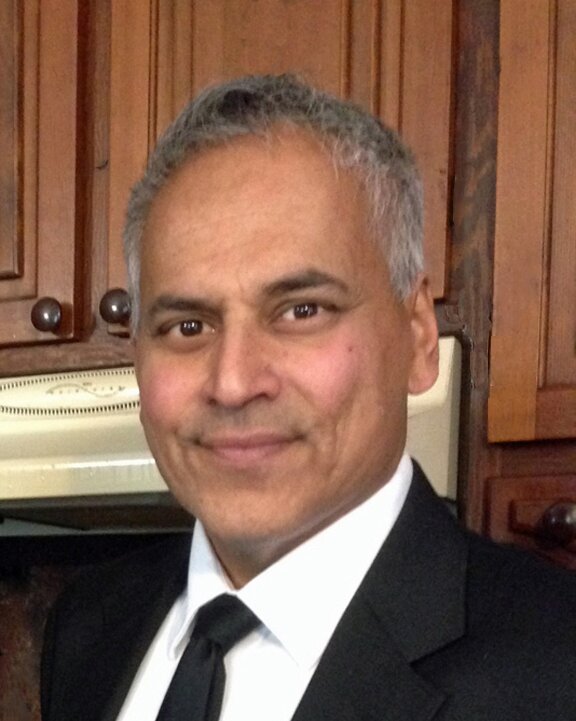 A.J.'s family will receive visitors on Wednesday Sept. 7 from 2-4 pm and 7-9 pm at Eagles Funeral Home.

His family will hold a private funeral service.

Obituary of A. J. Mathias

It is with great sadness the family announces the passing of A.J. (Anselm Joseph Gerard) Mathias, age 62, on September 3rd, 2022. Born on August 17th, 1960 in Mangalore, India, he was the only son of the late Victor and Matilda Mathias, East River Point, NS.

AJ immigrated to Canada as a small boy and grew up in East River Point, NS. He embraced his new life in Canada with determination and the curiosity of a young child - learning English, seeing snow for the first time, and trying new hobbies like pond hockey and baseball.

AJ graduated from Dalhousie University in 1982 and started a teaching career. However, his true passion was car and home audio. He combined his two interests and enjoyed sharing his knowledge with others. Upon moving to Pictou County, he opened his own business, Highland Audio Design, that he proudly operated for 28 years. He was proud to serve Pictou County. Through the business, he made many lasting friendships. He will be remembered for his intellect, sense of humour, and generosity.

His four children were his pride and joy. He took great pleasure in watching them grow up and pursue their own interests. He is survived by his children, Holly (Justin Vanderlaan), Edmonton; Paige, Dartmouth; Abigail and Ethan, at home; and the mother of his children, Wendy (MacLeod) Mathias. He is also survived by his sister Victoria (Sheila) Coolen (Darren), East River Point, NS; as well as many extended family members, including in-laws, nieces and nephews.

Funeral arrangements are under the direction of Eagles Funeral Home, Westville. The family will receive visitors on Wednesday from 2-4 pm and 7-9 pm . In honour of AJ’s wishes, his family will celebrate his life privately.

At this time, the family would like to thank the VON, staff at the Aberdeen Hospital, St. Martha’s Hospital, and the QEII Health Sciences Centre, Cardiac Care Unit. Their professionalism and compassion was greatly appreciated.

If desired, donations may be made in AJ’s memory towards his children’s education in care of Eagles Funeral Home.

Share Your Memory of
A. J.
Upload Your Memory View All Memories
Be the first to upload a memory!
Share A Memory