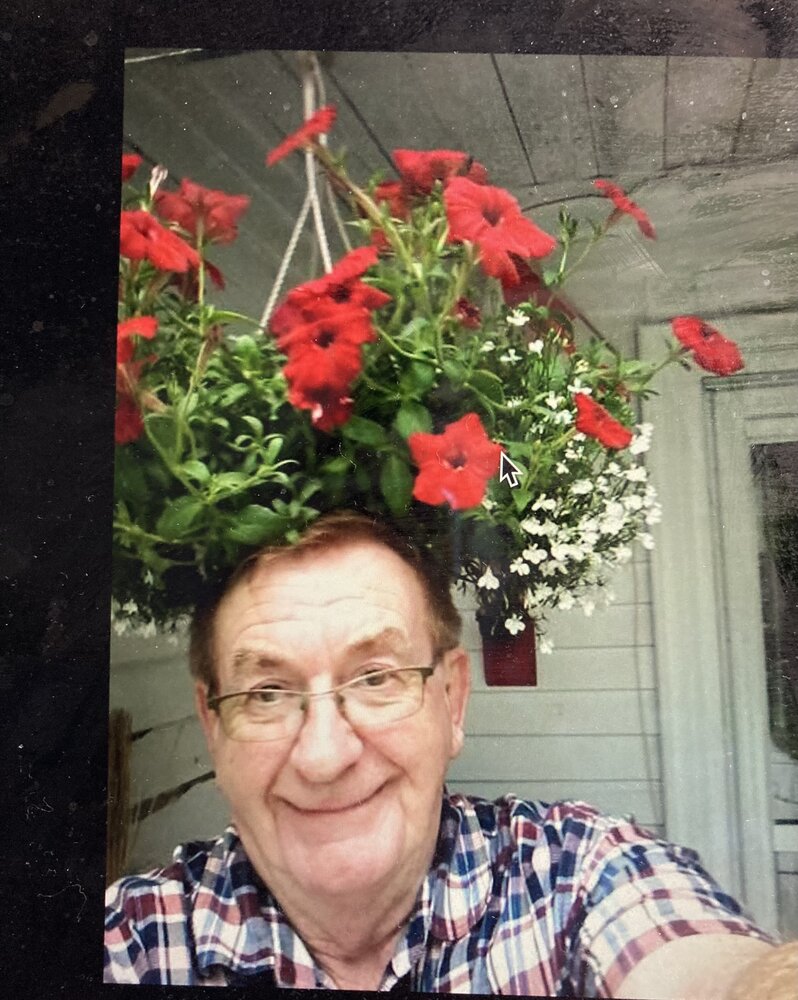 Visitation will be held on Tuesday, September 20 from 6-8 pm and Wednesday from 2-3 pm.

His funeral service will be held on Wednesday September 21 at 3 o’clock . Interment will be in the Holy Name Cemetery.

Barry Carrigan came bouncing and laughing into the world on a beautiful October day in 1945.

He was the youngest boy of Frances and Tommy Carrigan (Thomas Edward Carrigan and Mary France Weatherbie) of Westville, Nova Scotia.

Named Warren Barry Carrigan, he was always known by Barry. Barry arrived a sweet, red-haired baby to the family home on Acadia Avenue where he spent almost his whole life growing up and growing old in place. Our family took annual trips to New York City to visit American cousins and this helped form and shape Barry’s identity and world view. He was an up-home country boy with big city shine. He spoke fondly of the magic of hearing Gaelic spoken and sung as a child in the kitchen ceilidhs. As a young boy he was gifted in voice, speech, dance and piano and received training in the arts. He won many awards and even sang and danced on television. He attended St Johns Academy in New Glasgow for his high-school education.

He loved to talk of all his friends from this time and their hi-jinx. After a brief sojourn and some adventures in the big city of Toronto, Barry returned home to stay in Westville and joined our father in Thom E Carrigan’s & Son grocery and meats store. Always a consummate salesperson, entertainer and hard worker, Barry excelled in business. He later joined the Paint and Decorating department at Proudfoot’s Home Hardware on the Westville Road and became a legend in Pictou County. Extremely clever and excruciatingly funny, he always knew everything you needed to know for any job; or anything to help your life and more. He stayed in the Paint and Decorating business throughout his work life. His own home was a testament through the years to his love of decorating and beautifying.

Once open hay fields, Barry re-forested the three to four acres of grounds and created a sanctuary park for healing. Friends would often walk the sanctuary finding inner peace. Barry made a huge difference in his community by the contributions he made to others lives. His example as a mentor and his huge shoulders were there for many to lean on. Barry left an impression that you might be better off for listening to his words and that life could be a heaven if you were kind to yourself. We take comfort from his memory and we feel his love with us still.

Barry’s compassion for the little creatures of the world extended to all the wild ones he lived with in his forest, and most of all his companions, dearly departed, Shadow (Collie), Sargent (Bermese) Sam (Collie mix), Prince (St. Bernard), Laddie (Collie) and Irish (ginger cat). We think Barry is together with our parents, dear friends and his animal companions and having a wonderful time.

Barry came home in July 2022 after a brief hospital stay. His dearest wish to be at home and to spend time with his dear companion, Shadow.Barry passed softly at home surrounded by singing, stories and a great outpouring of love, in the arms of his sister Robyn and friend Cindy, with his face in a sunbeam on the afternoon of August 31, 2022.

He is predeceased by father and mother; (Thomas Edward Carrigan and Mary Frances Weatherbie), survived by brother Thomas E. Carrigan Jr (Gail), Toronto, Ont, sister Robyn Carrigan, Sydney, NS, and sister Marilyn May and daughter and son of Marilyn; niece Shannon May (Rob Johnson) and nephew James May, all of Berwick, NS. He is also survived by cousins and many precious extended family, neighbours and friends.

Barry and family wish to graciously thank all the doctors, nurses, palliative care, VON, and especially close friends Debby and Tommy MacDonald, and Cindy Roy for easing his transition and giving him so much care and love.

Share Your Memory of
Barry
Upload Your Memory View All Memories
Be the first to upload a memory!
Share A Memory