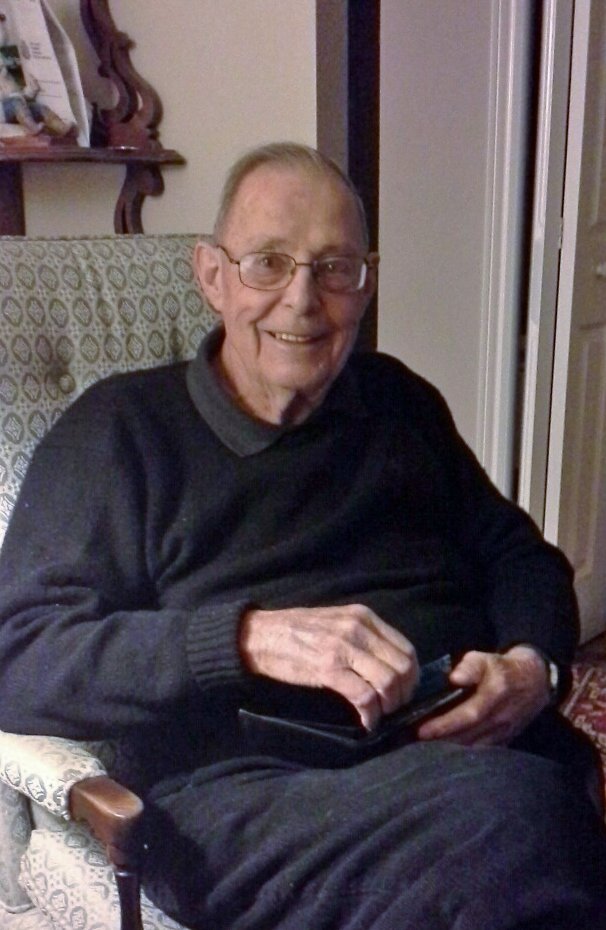 His funeral service will be held at 11 am Friday, October 21 from the Church of The Holy Name, Westville.

On October 17, 2022, Robert “Bob”Eric Olsen, beloved husband, father, and grandfather, passed away peacefully at Glen Haven Manor, New Glasgow, surrounded by loved ones. He was 91.

Born to Kathleen (Sagness) and Eric Olsen in East Kildonan, Manitoba,Bob grew up in Toronto, Ontario. He spent time in the Royal Canadian Navy and later graduated from the Ontario Agricultural College at the University of Guelph.

Bob met and married Frances Chisholm of Lochiel, Ontario, and together they raised six children. Bob’s work in senior roles with agricultural firms meant several transfers throughout southern Ontario and eventually to the Annapolis Valley in Nova Scotia, a place of which he was particularly fond. Following subsequent moves to Alberta and Ontario, and the passing of his wife, Frances, in Ontario in 2014, Bob made his final move back to Nova Scotia, where he lived with his daughter, Anne, and later to Glen Haven Manor in New Glasgow.

For most of his life, Bob was an avid golfer and voracious reader, and volunteered for several not-for-profit organizations, including the Canadian Cancer Society.

A natural storyteller, he often spun long stories, peppered with details and jokes that amused his family and friends. He was a go-to source of information thanks to his photographic memory. He is remembered for his encyclopedic intelligence, quick wit, excellent advice on all subjects, and, above all,as a good and loving husband, father, and grandfather. He will be greatly and fondly missed.

Bob was predeceased by his wife and one granddaughter.

His children thank the many nurses and staff at Glen Haven Manor for their excellent care and support.

Share Your Memory of
Robert "Bob"
Upload Your Memory View All Memories
Be the first to upload a memory!
Share A Memory