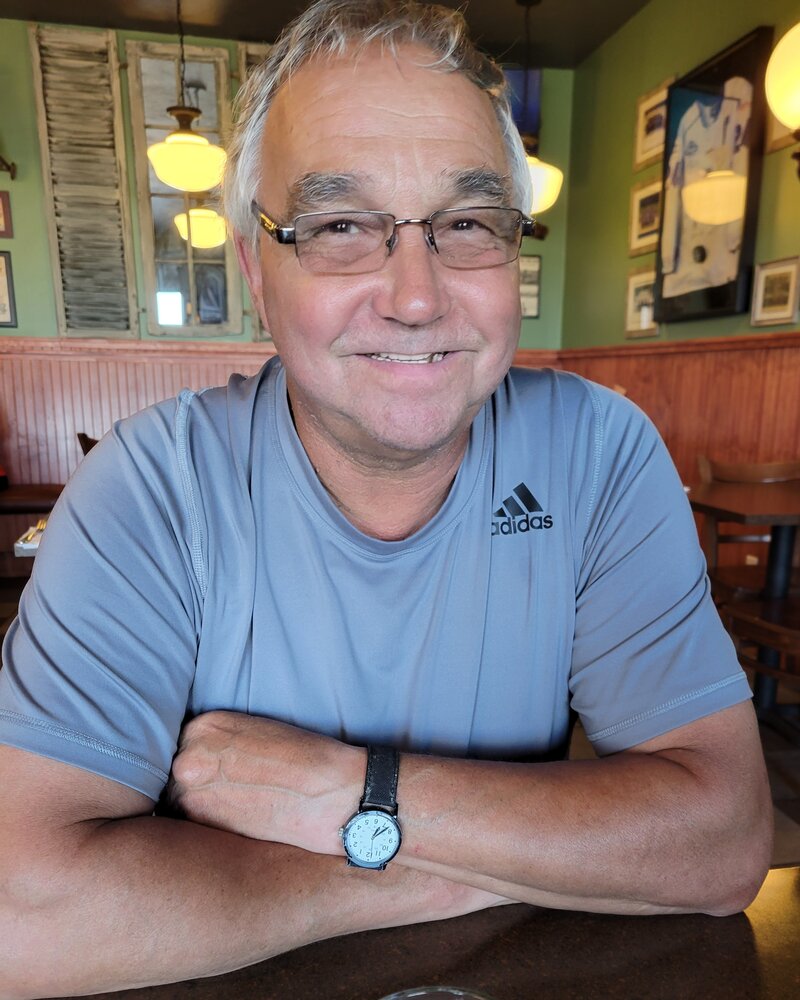 It is with sadness we his family announce the death of James Wilfred “Jim” Barley, 64 of Westville and formerly of Debert. Jim passed away on Wednesday, December 28, 2022 in the Aberdeen Hospital, New Glasgow.

Born in Masstown, he was a son of the late Jack and Mary (Smith) Barley.

Jim was employed with New Mac in Debert for forty years before moving to Michelin where he worked for the past five years. He was known as the “Work Dad” at Michelin. Jim was a kind and gentle soul, everyone loved Jim.

He will be sadly missed by his wife Kelly (MacKenzie Buffett); daughter Katlyn Barley; sons Bruce (Jen) and Stephen Barley and Tom (Lindsay)Buffett; grand children Michael, Steven and Jackson; Logan and Shyan; Madison and Maelyn; Hannah, Maddy, Carter and Cooper. He is also survived by his brother Steven and sisters Patricia and Donna Barley as well as sisters and brother-in-law Lee MacKenzie, Ruth Fraser, Jackie and Dave Hayman and father and mother-in- law Rod and Sylvia Jordon.

Jim was predeceased by his first wife Susan (Jordon); his parents Jack and Mary; brother Phillip and mother and father-in-law, Georgina and Dave MacKenzie.

Special thanks to Dr. Adam Sheppard, and the Staff in the Palliative Care.

Jim is resting at Eagles Funeral Home where visitations will be held on Friday from 2-4pm and 7-9 pm. As per Jim’s request “dress casual”- he loved his blue jeans. (Masks are optional) There will be no funeral service.  Burial will take place at spring time.

Share Your Memory of
Jim
Upload Your Memory View All Memories
Be the first to upload a memory!
Share A Memory