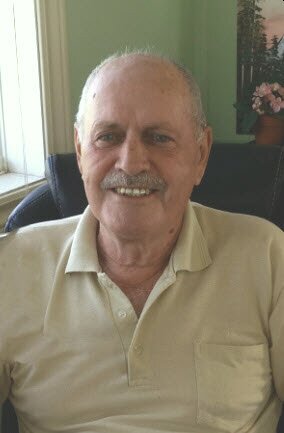 His family will receive visitors on Friday, January 13th from 2-4 and 6-8 p.m. at Eagles Funeral Home, Westville.

A private family funeral service will take place on Saturday.

It is with great sadness that we announce the passing of James “Jim” Glennie, Lairg Road, Gairloch.  Jim passed away peacefully on January 7, 2023 in the Aberdeen Hospital with his family by his side.

Born in 1943, in River Hebert, he was a son of the late John “Jack” and Hazel (Melanson) Glennie.

After serving in the Navy, Jim went on to work as a Power Engineer at Scott Paper and Kimberley Clark in Abercrombie until he retired after 30 years in 2002.  In his younger years, he loved to hunt and fish, but as he got older he was happiest when he was meticulously landscaping his property and driving his tractor.  He loved his flower beds and gardens.

He was predeceased by his first wife Judy; daughter-in-law Patricia; parents Jack and Hazel; brothers Donald and Gordon; and sister Evelyn.

His family will receive visitors on Friday, January 13th from 2-4 and 6-8 p.m. at Eagles Funeral Home, Westville.  A private funeral service will be held however it may be watched on Saturday at 3 o'clock by clicking the following link https://youtu.be/eWkSPCiCOHY

Share Your Memory of
Jim
Upload Your Memory View All Memories
Be the first to upload a memory!
Share A Memory