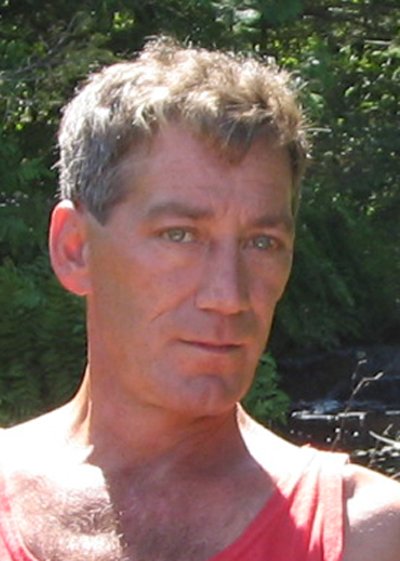 George's family will receive visitors and friends from 1:00 to 1:45pm on Friday, July 5 at the Westville Salvation Army Citadel.

A private family grave side committal service will be held at the Garden of Eden.

The death of our brother George, age 62 years occurred in the Palliative Care Unit  of the Aberdeen Hospital on Monday, July 1st after a brief illness with cancer. Formerly from Sylvester where he grew up and went to school, George spent most of his adult life in Vancouver. For many years he worked as a head waiter in some of the city’s restaurants. He took great pride in his work and his clients spoke highly of his efforts to please them.

George returned to Nova Scotia, assisted by his friend Helen Hou on May 31 and was able to spend a few days with his brother Fred and family before being admitted with cancer to the Palliative care unit of the Aberdeen on June 5.

George enjoyed the outdoor life with fishing and camping with his friends, especially his long-time friend Helen. He was happiest when he was with nature. He loved his sports, especially hockey and eagerly watched the recent games with his brother Don while in the hospital during his illness. He will be sadly missed by his family and friends. He would want to thank the nurses of the Palliative Care Unit in New Glasgow, his friend Stacey from CIBC who went out of her way to help him while in the hospital and his Vancouver nurses and doctors who gave him much care and compassion. George expressed his love and gratitude on every occasion to those who helped him along the cancer journey.

Cremation has taken place. Visitation for George will be held from 1PM until 1:45PM on Friday, July 5, followed by his memorial service at 2PM at the Salvation Army Citadel, Westville, with Majors Dan and Glenda Roode officiating. Reception to follow with a private grave side committal to take place in the Garden of Eden. Donations in George’s memory may be made to the Salvation Army, Westville.

Share Your Memory of
George
Upload Your Memory View All Memories
Be the first to upload a memory!