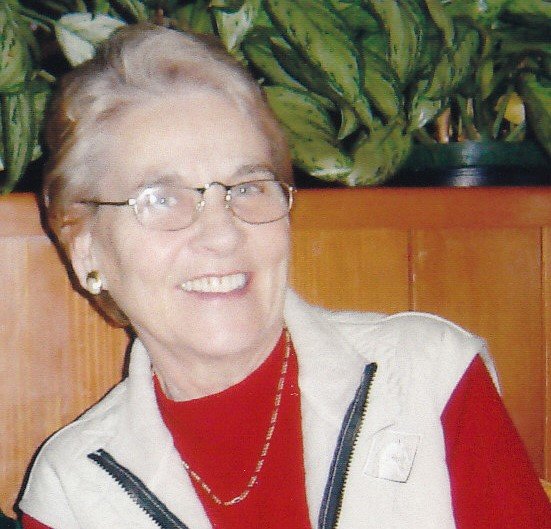 There will be no visitation.

Her funeral will be held Wednesday, April 21, at 1 p.m. at the Eagles Funeral Home in Westville with Rev. Andrew MacDonald officiating.  Please call 902-396-4144 if planning to attend the funeral.  The funeral will be streamed and may be watched by clicking the link in the obituary above.

Donations in her memory may be made to the Pictou County SPCA.

The death occurred of Freda (Mrs. Lloyd) Millen on April 16, 2021, at the Aberdeen Hospital in New Glasgow.

She was born in Westville on September 1, 1928, the youngest daughter of Agnes (MacMillan) and Frederick Saunders.

She attended the Westville schools and graduated from Westville High School in 1946. Freda was valedictorian of the graduating class that year, which was only the second year that Westville had a Grade 12 class. Freda worked as a proof-reader with the Evening News in New Glasgow for a number of years. After her marriage to Lloyd Millen, they settled in New Glasgow and she joined the First Presbyterian Church. In 2010, Freda was honoured for being a sixty year member of the congregation.

In 1962 the family moved to an 18 acre farm on Willow Avenue. This allowed them to have horses for pleasure and competition at exhibitions and horse shows in the Maritime provinces. In 2006 Freda, Lloyd and Valerie were inducted into the Pictou County Sports Hall of Fame for their equestrian activities. Freda served several terms as a Director of the Nova Scotia Equestrian Federation.

Always interested in education, Freda was secretary of the West Side Home and School Association and was appointed to the New Glasgow Board of Education Commissioners in the 1970’s. She was a Board Member when the Pictou County District School Board was formed. She served on the District Board until 1991.   As her senior years drew near Freda joined the 55 plus Club in New Glasgow and the Westville Seniors Club. She was active in line dancing and the ukulele group. She was President of the Seniors Council and Secretary of the 55 Plus Club. Freda had a great interest in other sports such as skating, skiing, dancing, and horse back riding. She continued to ride her own horse until she was 72 when arthritis finally caused her to stop.

Freda was predeceased by her parents;  her husband, Lloyd Millen;   brothers William and Donald Saunders; and sister Winnifred Clarke.

No flowers by request. Donations may be made to the Pictou county SPCA. Special thanks to the staff at Glen Haven Manor for their excellent and compassionate care during the past two years.   Her funeral will be held Wednesday, April 21, at 1 p.m. at the Eagles Funeral Home in Westville with Rev. Andrew MacDonald officiating.  Please call 902-396-4144 if planning to attend the funeral.  The funeral will be streamed and may be watched by clicking on the following link.https://youtu.be/oQ-SP2eD9To

Share Your Memory of
Freda
Upload Your Memory View All Memories
Be the first to upload a memory!
Share A Memory