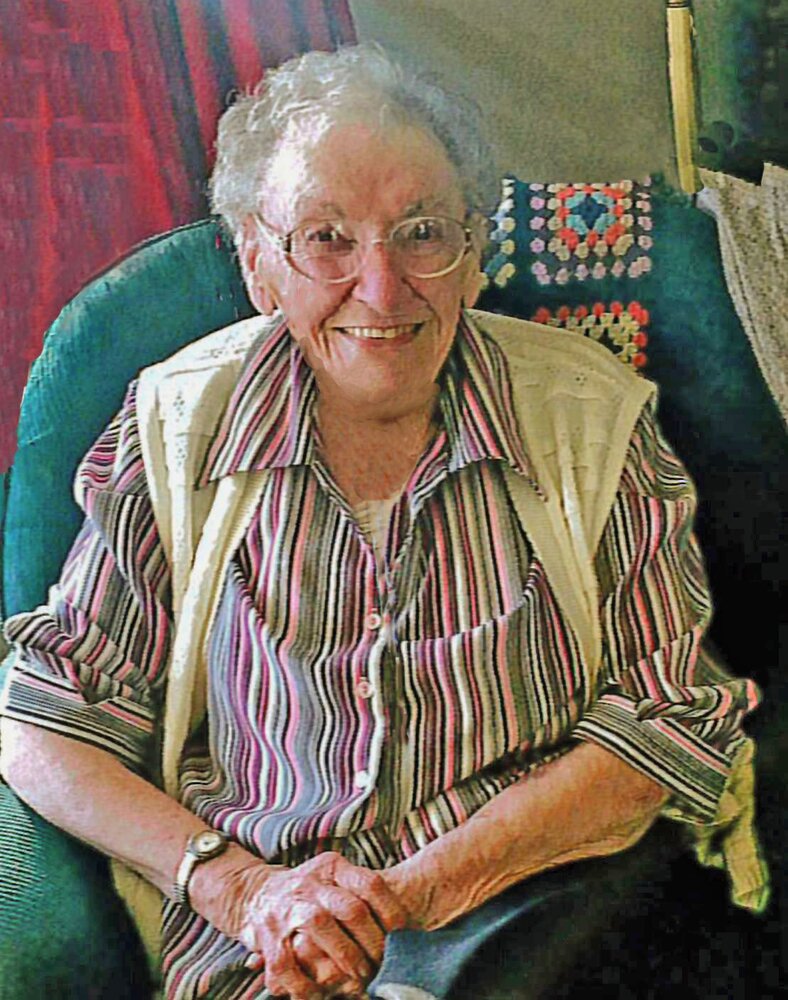 Her funeral service will be held 11 a.m. Saturday, October 2 from Eagles Funeral Chapel, Westville with Rev. Gail Johnson-Murdock officiating. Please call 902-396-4144 to register to attend the funeral service.  The funeral will be streamed and can be watched by clicking on the link in the obituary above.

She was born in 1927, the daughter of the late Chester B. Rundle. and  Janetta (Baker)Rundle and resided in New York City.    She maintained her home in New York City until she returned to Westville as a home base while she often visited her cousins and friends in the U.S.A.

She was baptized in the River Jordan and authorized to bear the title Jerusalem Pilgrim.  She was a member of First Presbyterian Church, New York City and St. Andrews Presbyterian Church, Westville.  A graduate of Knickerbocker Hospital, New York City, Advanced training in Obstetrics at Bronx General Hospital.  She was a member of R.N.A. New York and had taken a series of studies at Maine Medical Centre, sponsored by the American Cancer Society, Maine Affiliate Inc. and volunteered for years with the N.Y.P.D., 24 Precinct.

She was a member of the Order of the Eastern Star, Past Matron of Century Chapter #10 of New Glasgow and Westville Chapter #24.  A Past Grand Representative of Maryland and Scotland, receiving her 60th year Jewel in 2018.  She was Past Chief of Murray Temple #4 Pythian Sisters Temple #21 Oxford, a Past Grand Chief of the Maritime Provinces and Past Regent Santha to the Order of  Nomadas of Avrudaka In North America.

June received a lot awards over her years. She received a volunteer award from the Province of NS; Mt. St. Vincent University for research of aging Anthropology Dept.; the Rose Award from Eastern Star; and a certificate in Airline Training in Traffic Control in New York City.

Always a traveler, she traveled to Europe and Australia with her Accordion Ensemble University of Kansas, K.C.  Her most memorable times was with her cousin Rachael going across Canada.

A very special thank you to the Villa Staff for the wonderful care received.

Her funeral service will be held 11 a.m. Saturday, October 2 from Eagles Funeral Chapel, Westville with Rev. Gail Johnson-Murdock officiating. Please call 902-396-4144 to register to attend the funeral service.  The funeral will be streamed and may be watched by clicking this link: https://youtu.be/n7ALa_Zcg00    Interment will be in St. Bees Cemetery.  No flowers by request.  Donations may be made to charity of your choice.

Share Your Memory of
June
Upload Your Memory View All Memories
Be the first to upload a memory!
Share A Memory