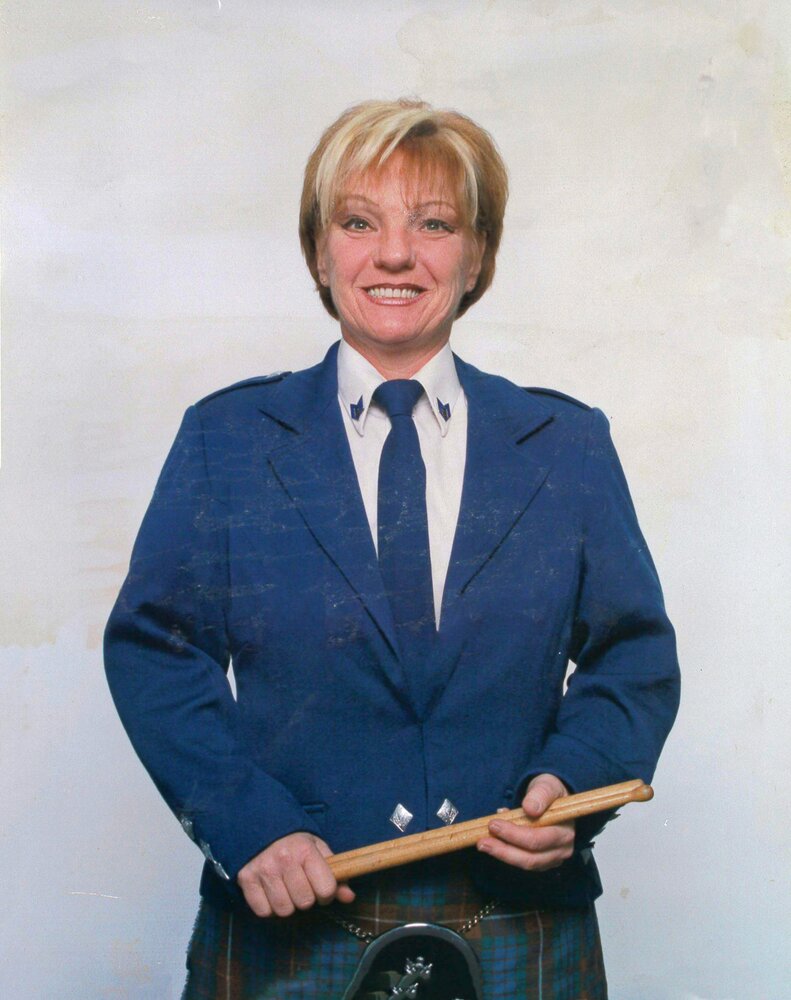 It is with great sadness that we announce the passing of our mother, Viola “Bydie” (Megeney) Cyr, on May 3rd, 2022.

Bydie was born and raised in Stellarton, a daughter of the late George and Elizabeth (Reekie) Megeney.

She was an amazing drummer, starting with the Stellarton Balmoral Girls Band and eventually retiring from the R.C.M.P. Pipes and Drums.  She traveled the world with bands and once performed for Queen Elizabeth.  She also played with the R.C.M.P. Band at the Rose Bowl Parade in Pasadena and participated in many International Tattoos as well as  Nova Scotia Tattoos.

There will be no  funeral service as per Bydie’s wishes.  A celebration of life will take place at a later date.  In lieu of flowers donations may be made to the Alzheimer’s Society or a charity of one’s choice.

Share Your Memory of
Viola "Bydie"
Upload Your Memory View All Memories
Be the first to upload a memory!
Share A Memory