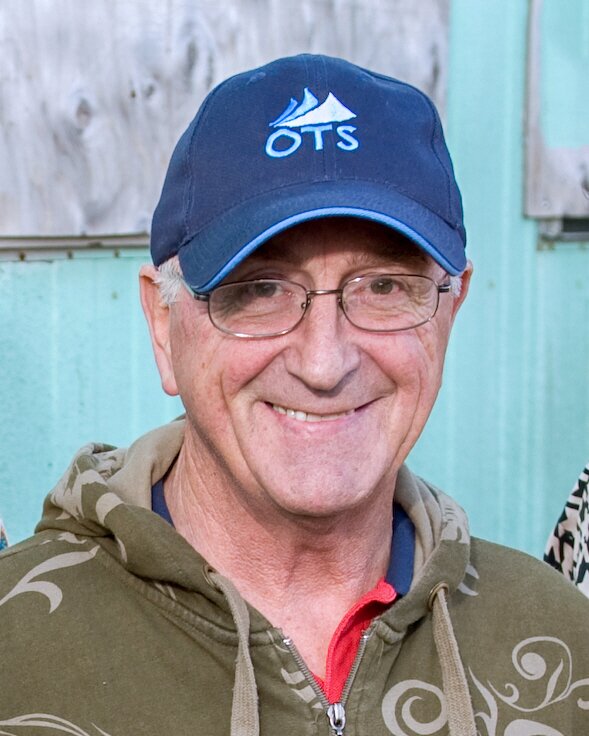 Melvin's family will receive visitors on Friday, September 2 from 2-4 and 7-9 at Eagles Funeral Home.

There will be no funeral service held by his request.

With great sadness, we announce the passing on Aug 23, 2022 of Melvin Edwin Smith, age 76, of Thorburn NS, who passed away very peacefully after a lengthy battle with Parkinson’s Disease. Melvin was surrounded by his family, while the music of Buddy Holly softly filled the room.
Melvin was born in New Glasgow NS, the son of Seymour and Dorothy Smith, and the youngest of three children including brother Bill and sister Marcella.
Melvin spent most of his life living in the small village of Thorburn. His stories of growing up in such a tight knit community were spectacular. Each one funnier than the next, and remarkably all true. He grew up surrounded by a cast of characters that were tried and true buddies, most of whom remained lifelong friends that he enjoyed spending time with until the end. As a young man he was bright and athletic, and played first base for the Thorburn Mohawks, a small-town team stacked with talent that won three consecutive Maritime Junior Softball Championships in 1963-64-65. Proudly, Melvin and his teammates were inducted into the Nova Scotia Sports Hall of Fame. Like his father, Melvin had mechanical abilities that allowed him to build or repair anything he put his mind to. He built cars, he built boats, sometimes he built things just for the challenge of building them. He loved to work and be busy. He needed to be busy. He became a First-Class Power Engineer, having a long career with Nova Scotia Power, then an interrupted retirement career at Crossley Carpets in Truro NS, and then again, a second interrupted retirement career in Fort McMurray AB. Always busy and always making friends. And along the way, he managed to make the best decision of his life, marrying a girl from Westville NS named Sheila Cameron who would be by his side for more than 50 years and to his last breath. Through good times and bad times her love and support built the foundation everything stood on. Two sons came along, Steven and Michael. Somehow this man who liked to work and be busy, found the time to be a dad. He taught them well. To be good people. The importance of please and thank you. To show appreciation and be humble. He set aside his need to work and be busy to spend time with his boys. He coached hockey and loved seeing his players learning on and off the ice. Many of those players stayed in touch and became lifelong friends. Eventually he found his way out of rink life, and before he knew it he had grandkids to love. He was Papa. First to Cooper, and then Vella and Vox. He adored each of them, and they loved him. His humour and smile will be missed. In the end, it was a good life to look back on with many happy memories, and Melvin had a very positive impact on countless people. As difficult as it was for him to sit still and rest, this rest is well deserved.
Melvin is survived by wife Sheila, sons Steven (Lindsey) and Michael (Lisa), grandchildren Cooper Smith, Vella and Vox Smith, brother Bill Smith, in-laws Vernon and Marilyn Cameron, Cecil and Geraldine Cameron, Bernie and Marilyn McCarron, Dorothy Cameron, Carol Cameron and numerous nieces and nephews. He was predeceased by his sister Marcella MacGregor, sister-in-law Lovey Smith, brothers-in-law Bill MacGregor, Raymond Cameron and Gary Cameron.
Sincere thank you to Aberdeen Hospital and Aberdeen Palliative Care for their exceptional and compassionate care, and to Dr.Gregor MacLean.
In lieu of flowers, donations can be made to Aberdeen Hospital Palliative Care, or Parkinson's Canada Fundraising.
Cremation has taken place. Visitation with Melvin’s family at Eagles Funeral Home in Westville NS, Friday September 02, 2-4pm and 7-9pm.

Share Your Memory of
Melvin
Upload Your Memory View All Memories
Be the first to upload a memory!
Share A Memory