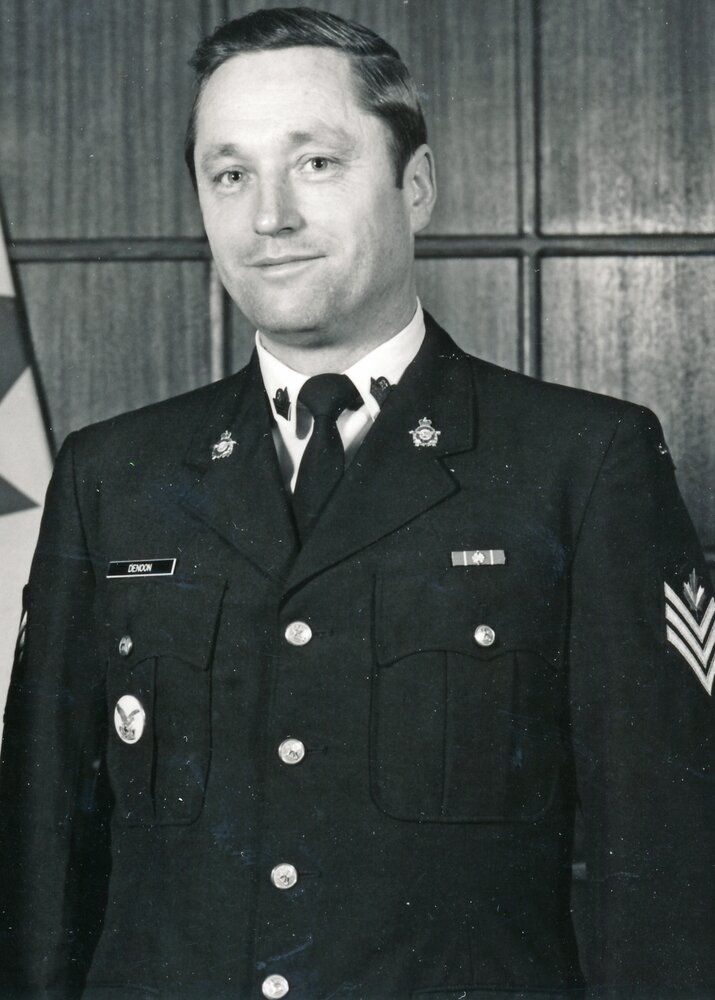 The family requests those who wish to express sympathy to consider making a donation in Lindsay’s name to Alzheimer Society of PEI.

We are sad to announce that Lindsay Roderick Denoon, 87, of Summerside PEI, passed away peacefully on Thursday, September 15, 2022.

Born in Westville, March 22, 1935, he was the son of the late George and Gladys (MacDonald) Denoon.

Lindsay began his military career in 1952 at the age of 17, specializing in aircraft instrumentation with the RCAF.  While stationed in Manitoba, Lindsay met and married Joan (Raymer). Lindsay and Joan raised their four children as he continued his service in France, Ottawa, Manitoba and Summerside.

In retirement, Lindsay loved to go fishing, ride his bike around the Summerside trails, win at crib, care for his tomato plants and looked forward to his fall hunting trips in Nova Scotia.

He will be missed by his wife Joan; children Debbie (Serge), David (Helen), Douglas and Bradley (Kim); and his grandchildren Scott, Taylor, Chantal and Courtney; sisters Catherine “Kay” Hoare and Elizabeth “Liz” (Ralph) Thomsen, as well as many beloved nieces and nephews.

He was predeceased by sister Jean Perrin and brothers George and William “Hugh” Denoon.

Visitation will take place at Eagles Funeral Home, Westville on Tuesday, September 20, 1-2 p.m. followed by a short service at Auburn Cemetery. The family requests those who wish to express sympathy to consider making a donation in Lindsay’s name to Alzheimer Society of PEI.

Share Your Memory of
Lindsay
Upload Your Memory View All Memories
Be the first to upload a memory!
Share A Memory