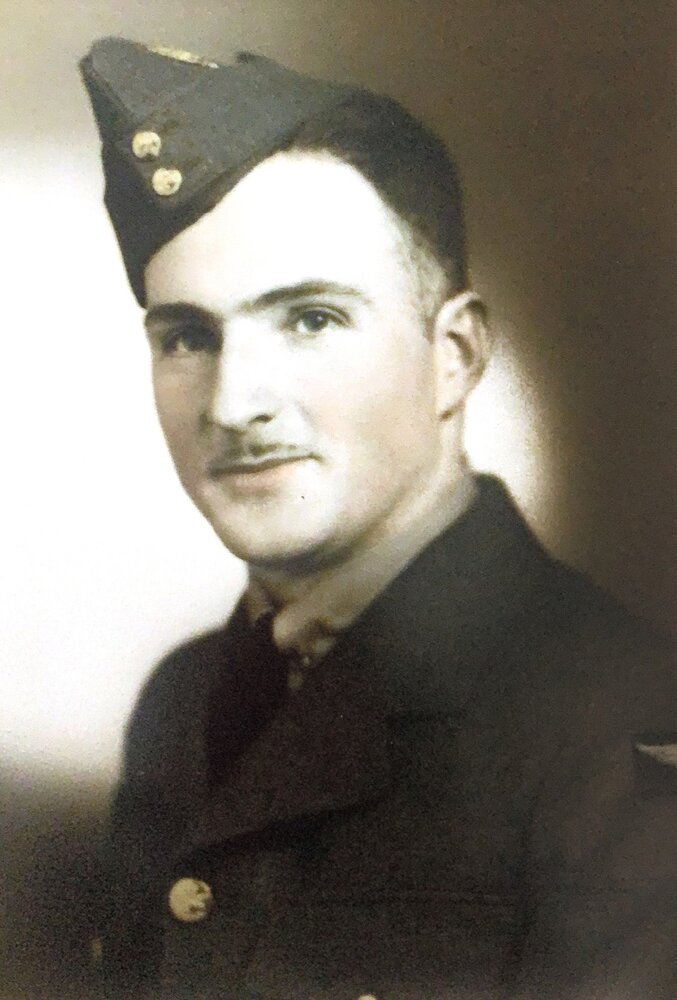 It is with heavy hearts we announce the passing of our dear father, Hector Lawrence MacKenzie of Salt Springs, at the Northumberland Veterans Wing in Pictou, on October 27th, 2022, at the age of 102.

Born in Gairloch he was a son of the late Georgina Mae & Hector Forbes MacKenzie.

Dad joined the Air force during World War II and while in the service married our mother, Eleanor Hislop, in St. Thomas, Ontario, a marriage that lasted 74 years. After the war, Dad ran his own electrical contracting business until his retirement.  Wiring many of the first homes with electricity around Pictou County.

During his lifetime, he was 1st  president of the MacKenzie Clan of Nova Scotia; he was secretary of the old Salt Springs School and was on the committee to build the present school; he served on the school board for 14 years; he was 1st president of the Watervale Snowmobile Club; he was president of the West Pictou Liberal Association when Dr. Dan Reid was MLA; he was a member of the Gairloch Symphony; member of the Pictou County Fiddler’s Association; he played in Halifax with The Fiddlers of the World and also played at the opening of the Confederation Bridge in 1998. He was a very well known fiddler and gentleman in Pictou County. Many in his community referred to him as “The Mayor of Salt Springs”.

Dad’s tips for a good life:  Have all the fun you can, enjoy every minute, don’t take life too seriously. It’s shorter than you think.

A Celebration of Life will be held on November 5th  from 1-4 p.m. at the West River Fire Hall.  Family burial to be held at a later date.

Share Your Memory of
Hector
Upload Your Memory View All Memories
Be the first to upload a memory!
Share A Memory